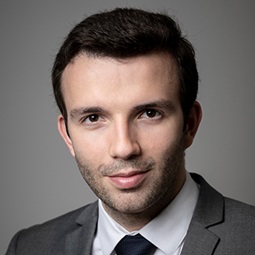 Sérène Lefèvre is an associate based in the Paris office. His practice focuses on corporate and financial transactions, with particular emphasis on private equity, mergers and acquisitions and capital market transactions. He joined the Firm in 2018.

Sérène is a member of the Paris Bar. His native language is French and he is fluent in English.