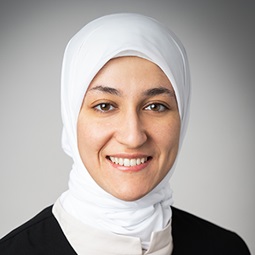 Salam Sheikh-Khalil is an associate in Weil’s Securities Litigation practice, where she focuses on litigating shareholder class and derivative litigation and counseling on corporate governance and other issues.

Salam received her J.D. from the University of Michigan Law School, where she served as a Contributing Editor of the Michigan Journal of International Law, an Associate Editor of refugee law journal RefLaw.org, and a student attorney with the Transactional Lab & Clinic. She earned her B.A. in Public Policy from the University of Michigan’s Gerald R. Ford School of Public Policy, along with a minor in Urban Studies.

After law school, Salam served as a law clerk to the Honorable Leslie Abrams Gardner, U.S. District Judge for the Middle District of Georgia.