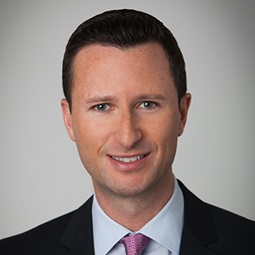 Robert T. Vlasis III is counsel in Weil’s Patent Litigation group and is an expert in Section 337 investigations before the U.S. International Trade Commission. He has 15 years of experience representing innovator companies such as Regeneron, Johnson & Johnson, General Electric, Microsoft, Illumina, and Under Armour before all of the major patent law venues in high-stakes IP disputes involving an array of technologies.

Robert has counseled clients in more than two dozen ITC investigations, has taken or defended over 100 depositions, and has second-chaired a dozen bench and jury trials. He consistently plays a lead role in all phases of complex, multi‑party, multi-jurisdictional patent litigations, from pre-suit investigation, to case management and strategy, witness presentation and cross-examination at trial, oral argument, mediation and settlement, and briefing on appeal. He has experience with a wide variety of complex technologies relating to life sciences, pharmaceuticals, cellular and wireless communications, smartphones and tablets, medical devices, and wearable devices and fitness.

Robert also contributes extensively to Weil’s diversity efforts and with recruiting, training, and mentoring. He is also dedicated to pro bono matters and defending the rights of LGBTQ+ people and people with HIV. He co-authored an amicus brief in Obergefell v. Hodges, the landmark Supreme Court case that legalized same-sex marriage, and another Supreme Court amicus brief concerning discriminatory transgender bathroom laws. His representation of immigrant clients fighting deportation as a result of the now-repealed HIV travel and immigration ban was featured in multiple, international media outlets including the Los Angeles Times and the BBC, among others. Robert has been recognized for his pro bono work, which earned Weil the HIV Law Project’s Distinguished Pro Bono Legal Service Award.

Robert is a member of the ITC Trial Lawyers Association and the ITC section of the American Bar Association. His civic affiliations include service as past Chair of the Campaign Board’s Eastern Caucus for the Gay & Lesbian Victory Fund, and on the Levine School of Music Virtuoso Society Steering Committee. He is a member of the Human Rights Campaign Federal Club, a past member of the Lambda Legal Liberty Circle, and a past chairman of the Milby High School Leadership 2000 Mentoring Program.