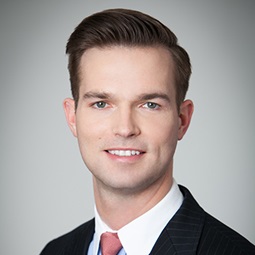 Robert Swenson is counsel in Weil’s Litigation Department, where his practice focuses on complex commercial and contract disputes, class actions, bankruptcy, and internal and government investigations.

Robert has significant experience at every phase of litigation, including primary responsibility for pleadings, dispositive motions, managing discovery, witness preparation, and examining witnesses in depositions and at trial, in a variety of jurisdictional settings, including state and federal trial and appellate courts, multi-district litigation, and arbitrations.

Robert also has particularly strong expertise in bankruptcy proceedings, including on behalf of debtors and creditors, and litigation of pricing/reserve valuation disputes. His selected bankruptcy litigation experience includes:

Robert has an active pro bono practice and has received numerous awards, including from the Legal Aid Society of New York, for his pro bono work, which has focused on domestic violence and landlord tenant disputes. He is also active in Firm and other professional organizations’ initiatives focusing on mentoring, recruiting, and diversity. He is a senior member of WeilPride, the Firm’s global affinity group dedicated to the recruitment, retention, and professional development of LGBTQ+ attorneys.

For two years, Robert served as a law clerk to the Honorable Vernon S. Broderick, United States District Court for the Southern District of New York, where he worked on all aspects of more than 300 civil and criminal matters, including numerous jury trials.