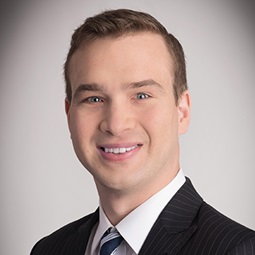 Robert has represented clients spanning a range of industries, including advertising, agriculture, chemicals, construction, energy, health care, hospitality, manufacturing, tech, and telecommunications. His experience includes matters before both the U.S. Department of Justice and the Federal Trade Commission, as well as state attorneys general, and state and federal courts across the country.

Robert was recently honored in the 2022 edition of Best Lawyers: Ones to Watch in America for his work in Antitrust Law. He is a member of the American Bar Association’s Antitrust Section, and has advised clients across multiple matters nominated for Global Competition Review awards.

Robert maintains an active pro bono practice and has successfully represented clients in immigration and asylum proceedings, a prisoners’ rights class action, and probate matters. As a volunteer prosecutor for the City of Houston, he first-chaired more than a dozen jury trials. A major focus of Robert’s current pro bono efforts relate to The Innocence Project.

Prior to law school, Robert worked as a researcher at Rice University’s Center for Civic Leadership where he applied quantitative, “big data” approaches to a wide variety of policy issues. He is proficient in more than 10 computer programming languages.

Robert earned his J.D. from the New York University School of Law where he was an Executive Board Member of the N.Y.U. Journal of Legislation & Public Policy; he received his B.A. from Rice University. In 2011, Robert served as a judicial intern to the Honorable Lee H. Rosenthal, U.S. District Court, Southern District of Texas.