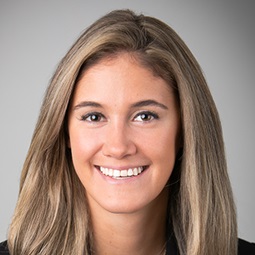 Ripley received her J.D. from Fordham Law School, where she was a member of the Securities Litigation Arbitration Clinic, served on the board of the Fordham Law Women’s Group and the Consumer Law Advocates, and received an Archibald Murray Public Service Award. During law school, she also served as a judicial intern for the U.S. District Court for the District of New Jersey. She received her B.A. from Connecticut College.