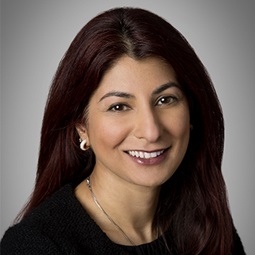 Reena Gogna is a partner in the London Banking practice. She represents a wide range of financial institutions in connection with general banking and finance matters, including leverage finance, senior debt and high yield financings, debt restructurings and refinancings.

Reena is a recommended lawyer for Acquisition Finance in Legal 500 UK and is listed as a Leading Lawyer for Banking in IFLR1000 UK.

Experience whilst at her previous firm includes: