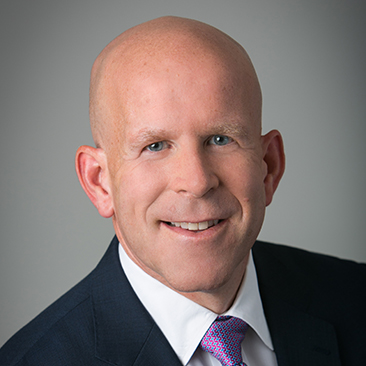 Mr. Schrock is consistently recognized as one of the country’s leading restructuring lawyers. He led the team that advised J.Crew in its groundbreaking consensual restructuring, which won the Financial Times North America Innovative Lawyers Report 2017 award for “Accessing New Markets and Capital.” He was named a “Market Leader” for Restructuring and Insolvency in the U.S. by IFLR1000, was named among Turnarounds & Workouts’ “Outstanding Restructuring Lawyers”, also named among Global M&A Network’s Top 100 Restructuring & Turnaround Professionals, and he has been named a Bankruptcy MVP by Law360. He is recognized as one of the nation's leading restructuring lawyers by Chambers & Partners, The Legal 500 U.S., International Financial Law Review (IFLR1000) and Super Lawyers magazine, and he is an editor of The Law and Practice of Restructuring in the UK and US, published by Oxford University Press.

Mr. Schrock has served as lead restructuring partner in a number of the largest domestic and international cases on behalf of companies and fund-based clients.

Mr. Schrock joined Weil in 2014 from a major international law firm, where he was a senior equity partner, resident in that firm’s New York office.

Mr. Schrock is an editor of The Law and Practice of Restructuring in the UK and US, published by Oxford University Press, and has served on Law360’s Editorial Advisory Board for bankruptcy. Mr. Schrock has participated on a variety of panels, including Views from the Bench: The Evolving Dynamics of Secured Lending and the Rights of Secured Creditors and ABI Annual Bankruptcy Conference: Rise of Mediation in Major Bankruptcy Cases, Lessons Learned from Retail, amongst others. He is a member of the American Bankruptcy Institute, INSOL International and Turnaround Management Association.