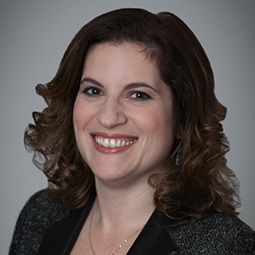 Randi Singer is a litigation partner based in Weil’s New York and Silicon Valley offices, a member of the Firm’s Intellectual Property & Media practice and Co-Head of its Privacy & Cybersecurity group. She focuses primarily on copyright, Lanham Act false advertising and trademark litigation, as well as privacy and cybersecurity, in addition to complex commercial litigation and bankruptcy proceedings.

Randi is repeatedly recognized as a top lawyer in the intellectual property and media & entertainment areas by legal industry publications. She is ranked by Chambers USA as a leading lawyer in New York for Intellectual Property: Trademark, Copyright and Trade Secrets, where clients have noted that she “understands our business as we do, and sometimes better,” and that they “particularly appreciate Randi’s ability to not only identify legal risk, but then thoughtfully embrace, balance, and mitigate it.” Randi also is recognized by Legal 500 as a recommended lawyer for Trademark Litigation, Copyright, Advertising & Marketing Litigation, and Media and Entertainment Litigation, where clients have called her “highly responsive, direct, and super smart.” And, she has been ranked for many years by World Trademark Review’s WTR1000 as a leading trademark litigator, which has called her a “professional firefighter who has a talent for making problems go away quickly,” who offers “resonant performances in court and steadies nerves with her expertise,” and who excels at “unravelling complex trademark problems and developing strategies to overcome them.” In 2021, Randi was shortlisted for the “New York Practitioner of the Year” award for Managing Intellectual Property’s MIP Americas Awards and, in 2020, she was named a BTI Client Service All-Star. For two consecutive years, Randi has been honored in Euromoney Legal Media Group’s Americas Women in Business Law Awards: for the 2020 “Best in Trademark” award (shortlisted), and for the 2021 “Best in Media & Entertainment” award (winner). She also has been ranked in Benchmark Litigation, Expert Guides, Managing IP Magazine’s IP Stars, Super Lawyers, and Law360.

Randi has earned the Certified Information Privacy Professional (CIPP/US) and Certified Information Privacy Technologist (CIPT) credentials and regularly advises clients in connection with privacy, cybersecurity, and social media issues in a wide variety of matters, including hundreds of transactions ranging from high-profile deals such as Facebook’s acquisition of Whatsapp, Inc. to large public company mergers and small talent acquisitions. In 2015, The National Law Journal recognized Randi as one of its inaugural “Trailblazers” nationwide for her cutting-edge work in the cybersecurity and data privacy area.

In addition to her active practice, Randi has taught a course on Trademarks and Unfair Competition Law as an adjunct professor at St. John’s University School of Law and is a popular speaker whose speaking engagements include panels and discussions concerning copyright, advertising, and other intellectual property issues for organizations such as the International Trademark Association (INTA), the Copyright Society, the National Advertising Division, the Practising Law Institute, the American Conference Institute, and the New York State Bar Association Section on Intellectual Property. Other professional affiliations include the International Association of Privacy Professionals (IAPP), the New York State Bar Association, the Private Advertising Litigation subcommittee of the ABA, and she has served on the Trademarks and Consumer Affairs Committees of the Association of the Bar of the City of New York.

Randi is a member of the global steering committee for Women@Weil, Weil’s women’s affinity group, the winner of Weil’s first ever mentoring award, and an inductee into the YWCA’s Academy of Women Leaders. In addition to her work as the General Counsel for the Lang Lang International Music Foundation, her pro bono work includes litigation successes for the Hebrew Immigrant Aid Society and Sanctuary for Families, trademark and IP counseling for organizations such as The Joyful Heart Foundation and the Breast Cancer Research Foundation, as well as extensive legal support and counseling concerning ambush marketing for NYC2012, New York City’s bid for the 2012 Olympics.