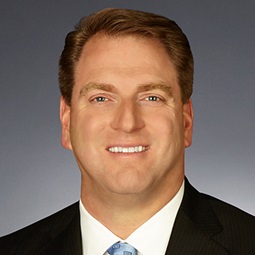 Paul Genender is a partner in the Firm’s Complex Commercial Litigation practice group and is the leader of Weil’s Litigation practice in Texas. Paul is a seasoned trial lawyer with an established track record of courtroom experience representing plaintiffs, defendants, debtors and creditors.

Paul has experience representing companies across industry sectors, including financial services, chemicals, real estate, retail, business services, energy, and telecommunications, as well as non-profits, family trusts, and professional associations. Recently, Paul has also been lead counsel in several key engagements in the retail space and the oil and gas industry, including bankruptcy proceedings and pricing/reserve valuation disputes. He has also handled significant healthcare litigation in complex payer cases between providers and insurers.

Paul has been recognized for many years for his work by leading national and regional business publications, including by Chambers USA in 2021 and 2022, where clients note that he has “immense business acumen” and “superior intellectual skills matched with an equally impressive command of the law and an uncompromising commitment to winning,” is “a fantastic and hard-working litigator who goes to battle for his clients,” is an “outstanding lawyer, who is extremely smart, diligent, and prepared” and is a “very persuasive litigator.” In 2021, Paul was recognized as an MVP for Trials by Law360. He is also recognized by Legal 500 (2017, 2020-2021), Best Lawyers in America (2007-2023), D Magazine (2004-2022), and Texas Super Lawyers (2004-2022).

Paul also is actively engaged as a leader in a number of professional, civic, and educational organizations. Since 2013, he has served on the Board of Visitors of Duke University School of Law and on the Alumni Board of St. Mark’s School of Texas, for which he currently serves as President. In 2019, he also was elected to the Board of Trustees of St. Mark’s School of Texas. Since 2010, he has served on the Board of Trustees of Temple Emanu-El in Dallas and has chaired its legal committee since 2011 (providing pro bono counsel). In 2019, he received the President’s Award from Paul Quinn College, a historically black college in Dallas, Texas, for his “outstanding contribution and support” of the school’s mission. In 2020, Paul was appointed General Counsel of the Texas General Counsel’s Forum. His pro bono work includes recently authoring an amicus brief to the U.S. Supreme Court on behalf of various law professors in Ivy v. Morath, a case seeking to protect the rights of deaf citizens to receive drivers education in Texas.

Additionally, Paul has held a number of leadership positions within the Dallas Bar Association, including Vice-Chair and Co-Chair of the Bench Bar Committee and the Judiciary Committee. He is a 2007 graduate of the Leadership Dallas Class of the Greater Dallas Chamber of Commerce, and served as one of three class advisors to the 2008 Leadership Dallas Class. He has also been actively involved with the Texas General Counsel Forum, where he has served on the Board of Directors of the Dallas-Fort Worth Chapter since 2005, co‑chaired the Membership Committee from 2009-2010 and in 2015, and co-chaired the annual conference in 2010 and 2017. Paul also served on the Council of the State Bar of Texas’ Antitrust and Business Litigation Section from 2006-2010, and is a Fellow of the American Bar Foundation, the Texas Bar Foundation, and the Dallas Bar Foundation. In 2020, he was appointed to the Board of Directors of the Dallas Women Lawyers Association (DWLA) Foundation, and was honored by the DWLA as the recipient of its James E. Coleman, Jr. “Her Champion Award,” in recognition of his support and dedication to advancing women in the legal profession.

Prior to joining Weil, Paul was a litigation partner at an international law firm and a coordinator of its firm-wide commercial disputes practice group.

* Best Lawyers (in America) is by Levine Leichtman Capital Partners