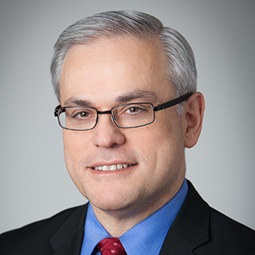 Nicholas J. Pappas is a partner in Weil’s Employment Litigation Practice Group, where he focuses on the full spectrum of complex employment and benefit litigation matters. Nicholas litigates and counsels with respect to complex employment disputes, including in relation to antidiscrimination laws, restrictive covenant agreements, executive employment agreements, discipline, discharge, and disability, among other issues, in federal and state courts, administrative agencies, and arbitral fora.

His work has garnered him and the practice significant recognition by legal and business media. Among other accolades, since 2014 Nicholas has been recognized as a leading lawyer nationally and in New York in several employment-related areas by Chambers USA, with clients noting his reputation as “practical and pragmatic,” and “an excellent litigator with great commercial instincts” and “top-notch presentation skills,” who is “smart, attentive to detail, and understands the business,” “able to give practical, in-the-moment advice,” and “brings a lot of really good insights and judgement to the effort.” Nicholas is recognized as one of Lawdragon's“500 Leading U.S. Corporate Employment Lawyers,” and was named in its predecessor subsidiary list, the “Top 20 Lawyers in Employee Benefits,” since 2012. In addition, since 2013, Nicholas has been listed as a recommended lawyer by Legal 500 US, including in the areas of ERISA litigation, Workplace Counseling, Trade Secrets, and Labor & Employment Disputes, with clients noting his “exceptional lawyering,” “expertise that is unsurpassed” and “business savvy [that] is invaluable” and highlighting his “attention to detail, preparation, and skilled advocacy” and “master[y] of the craft.” He was also recognized in 2013 by Law360 as one of four nationwide “MVPs” in the healthcare space. In the 2020 and 2021 editions of Benchmark Litigation, he was recognized as a Labor & Employment “Star” in New York.

A number of Nicholas’ victories have garnered public attention and/or established important precedents, including:

Outside of his active practice, Nicholas regularly lectures and writes on employment-related topics. Notably, among other scholarly pursuits, since 1994 Nicholas has co-authored the Employment Law Column in the New York Law Journal. In 2019, he received one of just 30 Burton Distinguished Legal Writing Awards issued to law firm practitioners, for his April 3, 2018 column, entitled “Strategies for Preventing Sexual Harassment.” Nicholas is also an active participant in bar association activities. He previously has served as co-chair of a subcommittee of the Employment Benefits Committee of the ABA’s Section of Labor and Employment, and as a member of the Litigation Committee, the Labor and Employment Law Committee, and the Benefits Committee of the New York City Bar Association.

Nicholas served as a law clerk to the Honorable Susan H. Black, United States District Court for the Middle District of Florida.