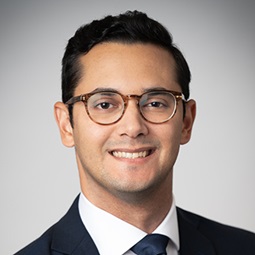 Mathews also maintains an active pro bono practice, including involvement in a criminal defense appeal and work with the Innocence Project.

Mathews served as a law clerk, and previously, a judicial extern for the Hon. Matthew W. Brann of the U.S. District Court for the Middle District of Pennsylvania. He received his B.A. from Fordham University and his J.D. from New York University School of Law, where he served as Competitions Executive Editor of the Moot Court Board and was a member of the Order of Barristers.