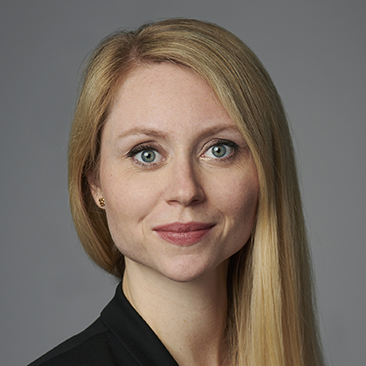 Louise is an associate in the Finance department of our Munich office. She advises national and international banks as well as leading private equity sponsors on banking and finance law matters. She particularly focuses on acquisition finance, LBO financings as well as general banking and corporate financings.

Louise attended the Institut d'Études Politiques de Paris (Sciences Po) (Graduate degree 2009, Master's degree in Economic Law 2011) and the University of Oxford (MSc. in Law and Finance 2012). She was admitted to practice to the Bar of Paris as Avocat à la Cour in 2014.

Prior to joining the firm, Louise worked for four years in the Finance department of another major international law firm in Paris, where she gained substantial experience in leverage finance and high yield financing.

Louise is fluent in French, German and English.