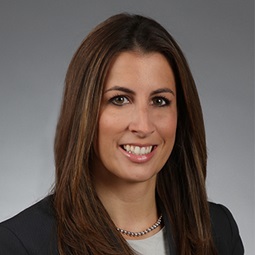 Lauren Alexander is counsel in Weil’s Miami office and a member of the Firm’s Complex Commercial Litigation practice. She has substantial experience in class actions and multidistrict litigation, business torts, contract disputes, fraud actions, lender liability, and disputes arising out of chapter 11 bankruptcy proceedings for clients in the energy, healthcare, and financial services industries, among others.

Lauren has handled all aspects of complex commercial litigation cases, including fact and expert discovery, dispositive motions and hearings, mediation and arbitration, trial, and appeals. Her recent notable experience includes serving on Weil teams that:

Throughout her career, Lauren has served as an active member in the community and been a leader in the Firm’s pro bono initiatives. Most recently, Lauren led a team of Weil Miami attorneys in securing an order on an issue of first impression from a Florida state court expunging the convictions of a victim of human trafficking under Florida’s human trafficking victim expunction statute. Lauren also was part of a team of Weil attorneys that was recognized nationally for their representation of members of the Humane Society of the United States in a class action litigation challenging the sales of puppies from “puppy mills.”

In 2019, Lauren was honored as one of just 24 recipients of Daily Business Review’s “On the Rise” award, which recognizes attorneys under 40 years of age for their early-career accomplishments.

Outside of her practice, Lauren is an active member of various bar organizations and promotes diversity as a member of the Diversity and Inclusion Committee for the Board of St. Thomas Episcopal Parish School in Coral Gables, Florida. She has spoken to new lawyers regarding professionalism in the legal field and has assisted in authoring a chapter on document discovery in “Business and Commercial Litigation in Federal Courts, 4th Edition.”