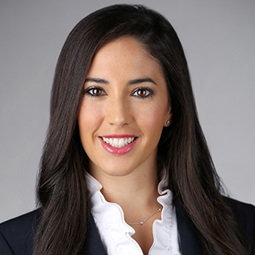 Lara Bach is counsel in Weil’s Complex Commercial Litigation practice, where she has substantial experience in multidistrict litigations, consumer fraud and product liability class actions, alter ego and fraudulent conveyance litigation, and disputes arising out of restructurings and bankruptcy proceedings.

Lara has handled all aspects of complex litigation proceedings, including fact and expert discovery, depositions, motion practice, hearings, and trial proceedings. Some of her recent notable experience includes serving on Weil teams representing:

Throughout her career, Lara has been an active contributor to the community, representing children and victims of human trafficking, mentoring female law students, and participating in various philanthropic activities. She is the Immediate Past President of the Miami-Dade chapter of the Florida Association for Women Lawyers (MDFAWL) and earlier served as President (2018-2019), President-elect (2017-2018), Secretary (2016-2017), Treasurer (2015-2016), Newsletter Editor (2014-2015), and as a board member (2012-2014). Additionally, she serves as President of the MDFAWL Foundation, a 501(c)(3) that provides scholarships to law students demonstrating academic merit, financial need, and a commitment to advancing women in the law. Lara also serves on the Board of Governors of the Young Lawyers Division of The Florida Bar, and previously served on the Board of Directors of the Rollins College Alumni Association and the Diversity and Inclusion Committee of the Florida Bar. An advocate for professionalism and diversity in the legal profession, Lara is frequently asked to speak on panels about these topics.

In 2015, the Florida Association of Women Lawyers honored Lara as one of its annual “Leaders in the Law,” an award bestowed on women who have made significant impacts in their communities. Also in 2015, Lara was selected as one of the 40 Under 40 Outstanding Lawyers in South Florida by the Cystic Fibrosis Foundation. In 2017, 2018, and 2019 she was recognized as a “Rising Star” by Florida Super Lawyers. In 2018, she was honored as one of just 25 recipients of Daily Business Review’s “On the Rise” award, which recognizes attorneys under 40 years of age for “wielding influence and showing expertise in their practice areas and committing themselves to pro bono, charitable, and professional volunteer work,” and in 2019, Lara was named as an “On the Rise – Top 40 Young Lawyers Award” honoree by the American Bar Association.