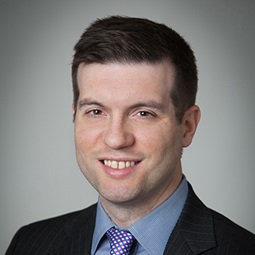 Kevin F. Meade is a counsel in the Firm’s Complex Commercial Litigation group. He has represented clients in a broad variety of industries, including financial services, investment management, transportation, natural resources, and managed care. In 2014, Kevin was recognized as a “Rising Star” by New York Super Lawyers.


Kevin also has an active pro bono practice. Most recently, Kevin represented a federal inmate who had been sentenced as a career offender under the then-mandatory sentencing guidelines, on claims that her trial attorney rendered ineffective assistance of counsel. The Weil team was successful in obtaining her release from custody years before her scheduled release date. Kevin is currently representing an asylum applicant whose application was denied due to the material support provision of the terrorism bar under the immigration laws on her appeal to the Second Circuit, as well as a military veteran who was sued for defamation for posts that appeared on an internet website relating to her co-op. Kevin has also represented pro bono the National 9/11 Memorial & Museum, New York Lawyers for the Public Interest, the Lower Manhattan Development Corporation, and has participated in the New York Volunteer Appellate Defender program.

Kevin joined the Firm in 2005, following a clerkship with the Honorable Charles L. Brieant of the U.S. District Court for the Southern District of New York. He is a member of the Firm’s Professional Development Committee.