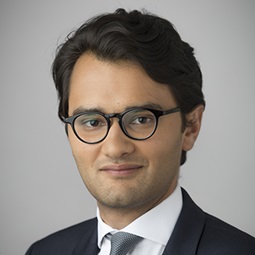 Kalish Mullen is counsel based in the Paris office. He is English law qualified and a member of the Banking & Finance practice.

Kalish focuses on cross-border leveraged finance, corporate lending, debt restructurings and refinancings and has acted for financial institutions, corporates, funds and private equity sponsors (and their portfolio companies) on a wide range of financing transactions.

Before joining the firm in 2016, Kalish practised at international law firms in Paris and London. Kalish was also seconded to the financing legal department of a major French bank for eight months in 2015.

Kalish received an LL.B with upper second class honours from King's College London in 2008 and a graduate degree from the Université Paris I Panthéon-Sorbonne in 2010.

Kalish is admitted as a solicitor of the Senior Courts of England and Wales.

His native language is English and he is fluent in French.