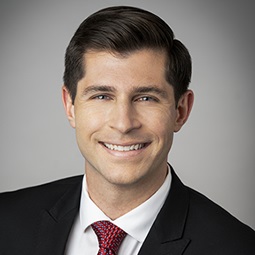 Justin DiGennaro is a senior associate in Weil’s Employment Litigation Practice Group, where he focuses on a wide range of labor and employment law issues, including discrimination, wage and hour, restrictive covenants, trade secret misappropriation, whistleblower retaliation, breach of contract, sexual harassment, WARN Act, and ERISA in litigation proceedings in state and federal courts and arbitration proceedings nationwide. He has experience at all phases of litigation, including drafting pleadings and dispositive motions, overseeing discovery, facilitating settlement negotiations, and examining witnesses during trial.

Justin also has experience on Weil teams counseling employers on various matters, including with regard to confidential internal investigations relating to potential disparate impact liability stemming from changes in compensation structure, allegations of sexual harassment, and overtime liability caused by employee misclassification. He has also participated on teams advising in connection with sensitive executive terminations, the drafting of employment, consulting, restrictive covenant, retention, secondment, and separation agreements, as well as WARN Act and OWBPA compliance in relation to reductions-in-force. Justin also assists in performing labor and employment due diligence in the context of corporate transactions, as well as negotiating purchase agreements.

Justin has been recognized each year from 2017-2021 as a Rising Star by SuperLawyers.

Justin graduated from Cornell University in 2012, where he earned placement on the Dean’s list. He received his J.D. from Columbia Law School in 2015, where he was a two-time James Kent Scholar, Moot Court Judge, and served as the Notes and Case Notes Editor for the Columbia Journal of European Law. Justin was also awarded the Lawrence S. Greenbaum Prize for the Best Oral Presentation in the Final Arguments of the Harlan Fiske Stone Moot Court Competition. Prior to joining Weil, Justin was a summer intern to the Honorable Joseph F. Bianco in the United States District Court for the Eastern District of New York, who has since risen to the Second Circuit. He also worked for the Queens District Attorney’s Office during his third year of law school, prosecuting domestic violence offenders.