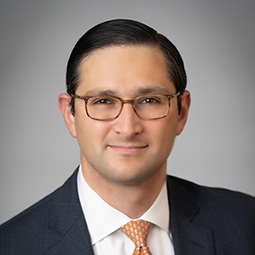 Justin D. D’Aloia is counsel in Weil’s Securities Litigation practice group. Justin has experience representing clients from diverse fields of business in litigation at all stages of proceedings at the trial and appellate levels, in both federal and state court, as well as in private arbitration and mediation. His practice focuses on securities fraud class action litigation, lawsuits involving claims brought on behalf of a class of security owners, disputes arising out of mergers, acquisitions or other complex corporate transactions, shareholder derivative actions, and counseling boards of directors, board committees and senior management on a broad range of topics including corporate governance, securities, disclosure and regulatory issues.

Justin has received awards for his commitment to pro bono service, devoting a considerable amount of time to the representation of a wrongfully convicted man during special proceedings held in connection with his exoneration. He currently serves as secretary for meetings of the Lawyers' Committee for the Innocence Project.

Justin received his B.S. in Business and Economics from Rutgers University and holds a J.D. from Fordham University School of Law, where he was Editor-in-Chief of the Fordham International Law Journal. Before joining the Firm, Justin served as law clerk to the Honorable Mark Falk in the United States District Court for the District of New Jersey.