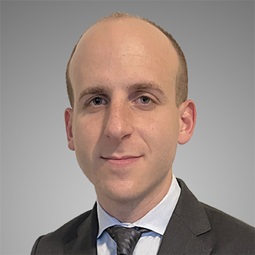 Josh Halpern is an associate in Weil’s Appellate and Complex Commercial Litigation practices, where he focuses on appeals and complex disputes in state and federal courts, including the U.S. Supreme Court.

Prior to joining Weil, Josh served as a Bristow Fellow in the Office of the Solicitor General, where he made appeal recommendations and drafted briefs in opposition to certiorari on behalf of the United States. In that role, Josh also successfully represented the Government against California’s leading opioid prescriber through briefing and oral argument in United States v. Lague, 917 F.3d 1032 (9th Cir. 2020), cert. denied, 141 S. Ct. 1695 (2021). Josh previously clerked for Judge Patricia Millett of the D.C. Circuit and Judge Jerry E. Smith of the Fifth Circuit.