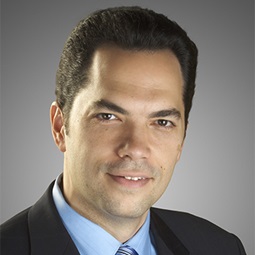 John P. Mastando III is a partner in Weil’s Complex Commercial Litigation practice group and Co-Head of the Firm’s Insurance Litigation practice. He is well-versed in all phases of litigation, including trials and appeals, and has particularly extensive experience in bankruptcy litigation, nationwide class actions, and ICC arbitrations. John has successfully represented corporate clients in a wide range of disputes, including insurance, reinsurance, antitrust, intellectual property, contract, partnership, fraud, and unfair and deceptive acts and practices matters. John also has an extensive pro bono practice, and has worked on numerous matters with the Center for Reproductive Rights, Immigration Equality, and Fair & Just Prosecution. John is also a Lecturer in Law at Columbia University School of Law, and is active in bar and professional organizations, including the Federal Bar Council’s Bankruptcy Litigation Committee.

Outside of his active practice, John is involved in a broad array of bar, professional, media and scholarly organizations. John currently is a member of the Committee on Professional and Judicial Ethics of the ABCNY, served as secretary of this Committee from 2006-2008, and was also a member from 2002-2005. In 2021, John was appointed to the Executive Committee of the Commercial & Federal Litigation Section of the New York State Bar Association. He also serves as Co-Chair of the Ethics & Professionalism Committee of the New York State Bar Association. John is also a member of the litigation sections of the American Bar Associations. He was a member of the Committee on Insurance Law of the Association of the Bar of the City of New York (ABCNY) from 2008-2011. He was also a member of the Law360 Insurance Editorial Advisory Board from 2012-2013, and was featured in Law360’s Q&A series focusing on insurance litigation developments. He has been named a New York Metro Super Lawyer from 2018 – 2021. John has also taught numerous programs at PLI, the ABCNY, and the New York State Judicial Institute, among other organizations.

At Weil, John has lectured on numerous topics, including ethics, discovery, and the enforceability of liquidated damages, and he has been a frequent instructor in deposition and evidence workshops. John is also a member of Weil’s Hiring and Ethics Committees, and was a Summer Associate Program coordinator for many years.

From 1997-1998, John clerked for the Honorable Federico A. Moreno, U.S. District Judge in the United States District Court for the Southern District of Florida, where he worked on all aspects of more than 200 civil and criminal matters, including numerous jury trials.