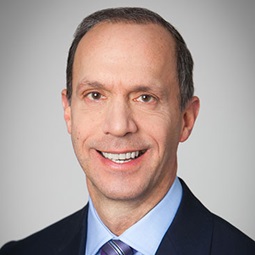 Jeffrey Klein is a partner in Weil’s Employment Litigation Practice Group, which he headed for 25 years, and a prominent sports attorney. He is best known for collaborating with leading companies and prominent sports figures to craft impeccable strategies to address their most challenging business and legal issues. While Jeffrey’s advice frequently results in favorable under-the-radar resolutions, he also has commanded an impressive track record as a first-chair trial lawyer in high-stakes litigations that have changed industry practices and generated considerable national press.

Jeffrey has consistently received the elite Band 1 rankings for many years in each of Chambers Global and Chambers USA, as well as top-ranked nationwide “Leading Lawyer” rankings in several practice areas in Legal 500. Since its inception, he has been named annually among Lawdragon’s “500 Leading Lawyers in America”, and Human Resources Executive’s “100 Most Powerful Employment Attorneys,” and its successor list, “500 Leading U.S. Corporate Employment Lawyers.” Benchmark Litigation honored Jeffrey as its 2019 Labor & Employment Attorney of the Year.

In the sports arena, Jeffrey represents some of the world’s most well-known and admired athletes, sports organizations and front-office personnel, as well as major corporations and celebrities. Some of his clients include basketball phenom and NBA number 1 draft pick Zion Williamson, football coach Jim Harbaugh, women’s basketball legend and Hall of Famer Nancy Lieberman, Major League Baseball Hall of Famers Dave Winfield and Joe Torre, the University of Notre Dame, and corporate clients including Under Armour, the YES Network, and the Nicklaus Companies.

Jeffrey has an active pro bono practice, including serving as outside pro bono counsel to the Public Art Fund and Joe Torre’s Safe at Home Foundation.

Outside of his active practice, Jeffrey is a regular speaker at leading industry conferences, including the annual Workshop on Employment Law for Federal Judges, and is the author of numerous articles, including a bi-monthly column for 25 years for the New York Law Journal concerning current developments in employment law. He also has served on the faculty of Cardozo Law School as an adjunct professor, taught at Fordham Law School, serves on the Advisory Board for the Center for Labor and Employment Law at New York University School of Law and on Law360’s Employment Editorial Advisory Board, and is a co-author of the treatises, The Corporate Counsellor’s Deskbook and Managing Contingent Workers. In 2019, Jeffrey was the recipient of the Law360 Distinguished Legal Writing Award, part of The Burton Awards for Legal Achievement.

On account of his wide-ranging expertise and thought leadership, clients, colleagues, and industry publications alike have long recognized Jeffrey as among the leading lawyers in the U.S. Among his many accolades, he was named again in 2021 as among the “500 Leading Lawyers in America” by Lawdragon. In 2018, he was inducted into the 2018 Lawdragon Legends class in recognition of his appearance in the Lawdragon 500 on 10 separate occasions. In his Legends profile, the “steady and reliable” Jeffrey is noted as a “most sought after employment lawyer in the U.S. among corporations, talent agencies and sports franchises looking to resolve their most sensitive issues.” He also has been elected by his peers as a Fellow of the College of Labor and Employment Lawyers. Since 2015, Jeffrey has been a Band 1-ranked attorney in Chambers Global, with clients calling him “my number-one rated attorney” and “an amazing partner” who is “just outstanding” and “pragmatic” and is “able to get to the heart of the issue very quickly” while remaining “incredibly responsive,” “an incredible advocate for his clients,” and a “trusted advisor in crisis situations.” Clients also noted that he is “an excellent litigator and strategist” with “a lot of credibility” who is “always way ahead of the curve on every new legal development or trend” and is “very quick on his feet. He gets situations and never panics.” Jeffrey also has been ranked for many years in Band 1 in Chambers USA, which has described him as “one of the firm’s top lawyers,” “super for a wide-angle business point of view,” and “thoughtful and knowledgeable in terms of strategy.” Clients in Chambers herald his “incredible institutional knowledge” and “ability, knowledge base and ‘board-ready’ analytics,” highlight his “unique ability to make complex legal problems seem simple,” and call him a “phenomenal leader and truly talented litigator” and “an amazing partner” who “doesn’t just give us employment advice but … understands the changes in our business.” Commentators in Chambers also remark that he is a “deep subject matter expert” who “pivots well” between being “very aggressive and conciliatory” and displays good judgment “in deciding what approach to take.”

Likewise, Jeffrey has been recognized by Legal 500 in a variety of areas, including as a “Leading Lawyer” for Labor and Employment Disputes and Workplace and Employment Counseling, as well as a “recommended” lawyer nationally for ERISA Litigation, Trade Secrets Litigation, and Sports. Clients in Legal 500 note that he is a “great negotiator and an excellent counselor” and “the perfect teammate for in-house counsel” with his “understanding of business in addition to the legal ramifications of issues.” Clients also note that he is “very good at reading the room,” an “exceptional legal mind” with “incomparable judgment,” “an absolute standout [whose] advice is sophisticated [and] thoughtful,” an “exemplary” lawyer with “vast experience, tremendous judgment, and [who] is very strategic and insightful in complex, demanding and challenging circumstances,” and a “pragmatic litigator” who is “excellent with tactics.” Jeffrey also has been named a “Best Lawyer” in the specialties of Labor and Employment Law and Employment Litigation in Best Lawyers in America each year from 2005-2021, honored in 2016-2019 as one of the Top 30 labor attorneys in the United States by Euromoney’s Best of the Best USA Expert Guide, selected in each of 2012-2018 as one of the Top 100 Lawyers in the Metro New York area by Super Lawyers, chosen as a Labor and Employment Star in the 2019, 2020, and 2021 editions of Benchmark Litigation, and recognized in 2015-2020 among the top lawyers for “Labour, Employment & Benefits” by Who’s Who Legal.