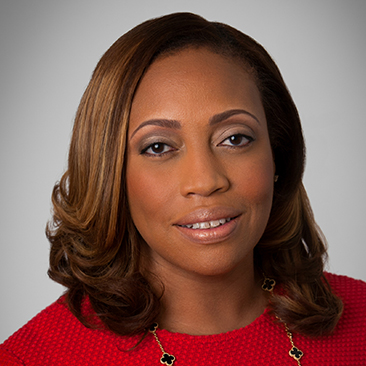 Holly Loiseau is a Litigation partner and a member of the Firm’s global White Collar Defense, Regulatory and Investigations and Complex Commercial Litigation practices in the Washington, DC office.

Ms. Loiseau’s litigation practice is dynamic and diverse. She focuses her practice on representing companies and individuals in investigations related to the Foreign Corrupt Practices Act and other anti-corruption laws, the False Claims Act, fraud, conflicts of interest, and employment issues. She has represented and advised clients in grand jury proceedings and Congressional and internal investigations and she counsels clients with respect to compliance issues. Ms. Loiseau is recognized as a “recommended” lawyer nationwide for Corporate Investigations and White Collar Criminal Defense by Legal 500, and in 2018 was named as one of the “Most Influential Black Lawyers” in America by Savoy magazine.

In addition to investigations matters, she has litigated and tried cases in a variety of fields, including antitrust, trade regulation and false advertising, product liability, insurance coverage, tax, bankruptcy, contracts, derivative transactions, healthcare, and international trade. She has extensive experience litigating large consumer class actions and multi-jurisdictional cases for clients in various industries, and has achieved significant victories for clients on motions to dismiss, motions for summary judgment, and oppositions to class certification motions. Ms. Loiseau has litigated and resolved numerous bankruptcy related disputes for both debtors and creditors in court, arbitration and mediation.

Ms. Loiseau is deeply involved in the academic and legal community and speaks and is quoted often on investigations, compliance, FCPA and anti-corruption enforcement issues, class actions and data privacy and protection. She has been a featured speaker at events sponsored by the American Bar Association, the National Bar Association, Deloitte Financial Advisory Services, the Association of Corporate Counsel, and AICPA, and has been quoted in Global Investigations Review and The Anti-Corruption Report, among other publications. She also speaks frequently regarding diversity and inclusion, having served as President of the Women’s Bar Association of the District of Columbia and as a long-time member of Weil’s Diversity Committee.