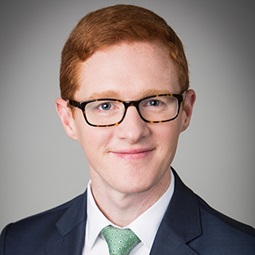 David Leslie is counsel in Weil’s Complex Commercial Litigation practice, where he focuses on litigating a broad range of disputes, including antitrust, class action, commercial litigation, product liability, and restructuring-related engagements. He has experience at all stages of litigation, including drafting pleadings and dispositive motions, managing large-scale electronic discovery and document review, depositions, at mediation, trial, and appeals.

Some of his recent notable experience includes serving on Weil teams that:

David has also served on Weil teams representing debtors in significant chapter 11 and restructuring-related litigation, including:

David also has an active pro bono practice. Most recently, David assisted on a team filing a family separation Federal Tort Claims Act claim for damages on behalf of a mother and son who were separated and detained after crossing the border from Mexico.

David received his J.D. from New York University School of Law, where he served as an editor of the NYU Law Moot Court Board, and his B.A. from Tufts University. Prior to joining the Firm, he clerked for Magistrate Judge Barbara Moses in the U.S. District Court for the Southern District of New York, and served as a trial attorney for the Colorado State Public Defender, where he conducted numerous trials and hearings, including 20 jury trials and 16 trials as first chair.

David is proficient in written and spoken Japanese.