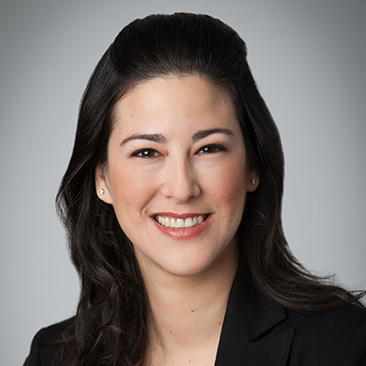 Glenda Bleiberg is a consultant in Weil’s International Arbitration & Trade practice in the Firm’s Washington DC office. She is a common- and civil law-trained attorney with experience working in various countries.

Glenda has extensive experience in matters involving international law. She has represented clients from Europe, North and South America, and the Middle East in Investor-State, State-State, and commercial arbitrations under most of the major institutional rules, including the International Centre for Settlement of Investment Disputes (ICSID), International Chamber of Commerce (ICC), London Court of International Arbitration (LCIA), and United Nations Commission on International Trade Law (UNCITRAL). Glenda has been intimately involved in all aspects of her cases, from their inception to the award, and has significant experience in oil and gas matters, having worked in the industry and represented various clients in disputes related to energy matters. She has also worked in trade cases in the United States and Venezuela.

Glenda’s active pro bono practice spans a variety of international law and human rights issues including treaty conflicts, constitutional rights in the context of peace agreements, rights for the elderly, international criminal persecution, and torture. Recently, she worked with the Cyrus R. Vance Center for International Justice and the former United Nations Special Rapporteur on Torture on a study of solitary confinement practices around the world. She further researched and wrote about the practice of solitary confinement as part of a Weil team that submitted an amicus brief in the Supreme Court case Ziglar v. Abbasi.

Glenda is admitted to practice in New York, The Supreme Court of the United States, and Venezuela. She is admitted as a Special Legal Consultant under the DC Bar Rules.

She is fluent in English, Spanish, and French.