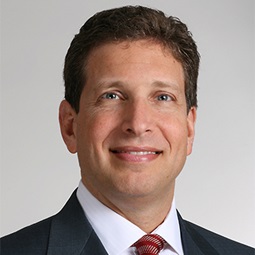 Gary D. Friedman is a partner in Weil’s nationally recognized Employment Litigation Practice Group, and has served as its practice group leader. He is a first-chair trial lawyer with more than 30 years of experience who specializes in representing employers in employment class actions, restrictive covenant disputes, internal investigations, and other complex employment and commercial litigation and arbitration matters.

For more than 15 years, Gary has been recognized consistently as one of the top employment lawyers in the country. He has been ranked every year since 2005 in Chambers USA, in which he has been described as a “fantastic lawyer” and “leading light” in the field who is “innovative, creative, persuasive and smart,” and “excellent at formulating strategies that are focused on the legal as well as the business side of the case” whose “strategic thinking is hugely impressive,” and whose “analysis, research and judgment at every decision point have been outstanding.” Clients also note that Gary is “outstanding,” and “able to cut through complex issues and provide pragmatic and sensible advice…to navigate the intersection of legal, commercial, and reputational issues.” They also note he is a “class action defense “heavyweight,” “always available, very reassuring and very good in his analysis.”In 2021, Gary was recognized as one of 25 nationwide Employment Trailblazers by The National Law Journal. Gary likewise has long been recognized nationally by Legal 500 in a variety of areas, including presently as a top-ranked “Leading Lawyer” for Labor and Employment Litigation, Workplace and Employment Counseling, and Trade Secrets. In 2018, he was inducted into that publication’s Hall of Fame, which highlights law firm partners at the “pinnacle of the profession” who have “received constant praise by their clients for continued excellence.” Clients note that he is “a fantastic lawyer” and “incredibly pragmatic,” with “an encyclopedic knowledge of applicable employment-related laws” who “works very well with clients,” “has subject matter expertise” and is “thoughtful in his approach.” Since 2010, Gary has been named by Human Resource Executive Magazine and Lawdragon as one of the “100 Most Powerful Employment Lawyers” in the United States, and its successor list, “500 Leading U.S. Corporate Employment Lawyers.” In addition, since 2019, he has been named a Labor and Employment Star by Benchmark Litigation.

Gary’s practice includes all areas of labor and employment law, including: defending employers in class actions, mass actions and high-profile single plaintiff employment cases in federal and state courts and before federal, state, and local administrative agencies, and in public and private arbitration forums; advising companies and their boards of directors and board committees in sensitive employment-related internal investigations; counseling employers regarding employment law implications of organizational changes such as reductions in force, restructurings, reorganizations, and changes of control; negotiating complex executive employment, executive compensation, and separation agreements; formulating and implementing important company employment-related policies, manuals, and programs; and advising clients on various employment-related issues emanating from corporate transactions.

Gary has particularly deep expertise in defending companies across industry sectors in employment discrimination and wage and hour class actions, including some of the largest and most complex cases ever filed, and prosecuting and defending restrictive covenant and trade secrets litigation on behalf of employers. In the wage and hour space, he has defended numerous clients in dozens of California putative class and PAGA actions, and regularly litigates novel and complex claims in California state and federal courts. In the field of restrictive covenant and trade secrets litigation, Gary has handled these matters in more than 30 states nationwide, and is a recognized national leader in this area. He also has extensive experience in the field of arbitration, and has tried numerous cases before the Financial Industry Regulatory Authority (and its predecessor, the National Association of Securities Dealers), the New York Stock Exchange, the American Arbitration Association, and JAMS.

Gary has written and lectured extensively on numerous employment-related topics, and also has been asked to testify before legislators and government agencies as an expert on subjects such as artificial intelligence, workplace harassment and discrimination, non-disclosure agreements, background checks, and wage deductions. More broadly, as a speaker and moderator, Gary has addressed restrictive covenants and trade secrets, state and federal wage and hour laws, gender discrimination and sex harassment, document retention and preservation, seminal Supreme Court decisions, disparate impact litigation, the use of statistics in defending class and collective actions, religious accommodation, retaliation and whistleblowing, how to conduct effective internal investigations, the use and inadvertent waiver of the various privileges, and strategies in conducting large-scale workforce reductions.

Gary is also frequently quoted in the media on a variety of employment-related subjects, and has appeared in such national publications and media sources as The New York Times, The Wall Street Journal, Forbes, The National Law Journal, Bloomberg, Crain’s, and MarketWatch. In 2021, he was appointed to Law360’s Employment Editorial Advisory Board.