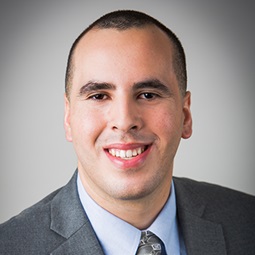 Mr. Rivas has experience with consumer and antitrust class action litigation, as well as antitrust lawsuits and commercial disputes between rivals or suppliers and distributors. He represents clients across a range of industries, including entertainment, pharmaceuticals, life sciences, advertising, fashion retail, agriculture, and technology.

Mr. Rivas is also involved in the Firm’s pro bono program, representing a San Francisco resident in a civil rights action against the City and County of San Francisco and individual San Francisco police officers. He has worked on intake matters with the Innocence Project and represented a social security applicant in New York federal court, ultimately securing a favorable court ruling on a motion for judgment on the pleadings. He is an active member of the Latinos@Weil diversity initiative.

Mr. Rivas is a member of the American Bar Association’s Section of Antitrust Law and has contributed to the ABA’s Annual Review of Antitrust Law Developments. He is the Young Lawyer Representative for the ABA Antitrust Section Competition Torts Committee.

Mr. Rivas graduated from Loyola Marymount University with a B.A. in Sociology and earned his J.D. from Georgetown University Law Center, where he served as an executive editor on the Georgetown Immigration Law Journal. In 2020, Mr. Rivas served as law clerk to the Honorable Michael M. Anello of the U.S. District Court for the Southern District of California.