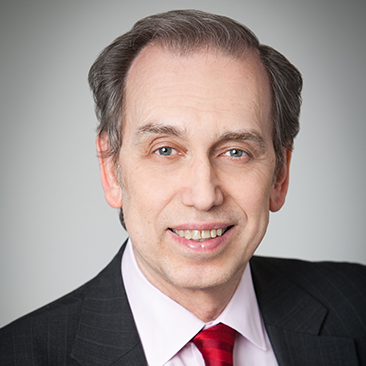 Eric Ordway is a senior counsel in Weil’s International Arbitration & Trade practice and has extensive experience in international litigation and arbitration, including in the products liability, mass tort and commercial litigation contexts. He has handled all aspects and phases of dispute resolution, including pre-dispute counseling, hearings, jury trials, appeals, and settlements.

Mr. Ordway is known for his successful oversight and litigation of international matters involving multiple foreign laws and languages, and for his ability to deal with expert witnesses from a broad range of disciplines and countries. He is particularly adept at presenting and simplifying difficult and complex technical, scientific issues for juries and arbitral tribunals, and at developing strategies for avoiding litigation. The subject matter of the actions in which Mr. Ordway has been involved is extremely diverse, including matters relating to nuclear power, alternative energy, the oil industry, electrical equipment, PCBs, asbestos, lysine, construction, mining, real estate, tax, accounting, banking, and the Internet. Mr. Ordway also has extensive experience in antitrust and bankruptcy, having been responsible for the litigation of all claims in one of the largest real estate bankruptcies of the 1990s. In addition, he has supervised internal investigations concerning environmental spills, cosmetic products and pharmaceuticals, and coordinated litigations across the country concerning the same products.

Mr. Ordway has been recognized as a leader in International Arbitration by Chambers USA – America’s Leading Lawyers for Business 2005-2018, and Chambers Global – The World’s Leading Lawyers for Business 2006-2007, 2013-2019. In addition, he was listed in the Guide to the World’s Leading Commercial Arbitrations Experts 2011. He was ranked as “Highly Recommended” in the 2004/05 edition of the PLC Global Counsel Dispute Resolution Handbook, and he was recognized in PLC Which Lawyer? Yearbook 2006-2010. Mr. Ordway is also regularly recommended in the area of International Arbitration and noted for his significant track record in investment treaty arbitration by Legal 500.

Mr. Ordway speaks French and Spanish, and has a good knowledge of Portuguese.