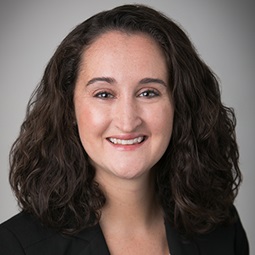 Liz has experience at various phases of litigation and dispute resolution, including drafting complaints and key motions, preparing for depositions, overseeing discovery and document review, and preparing for hearings and trial proceedings. Her notable recent experience includes serving on Weil teams representing:

Liz maintains an active pro bono practice, including regularly working on various immigration and asylum matters where she partners with organizations such as the International Refugee Assistance Project, the Legal Aid Society, and Immigration Equality. She recently helped secure a favorable verdict for an asylum seeker at a hearing in U.S. Immigration Court.

Liz received her J.D. from New York University School of Law, where she was a Notes Editor of the NYU Journal of Legislation & Public Policy. During law school, she served as a Judicial Intern to the Honorable James C. Francis at the U.S. District Court for the Southern District of New York, and as a legal intern at the Legal Aid Society and the Office of the Appellate Defender. Prior to law school, Liz received her B.A. from Vassar College.