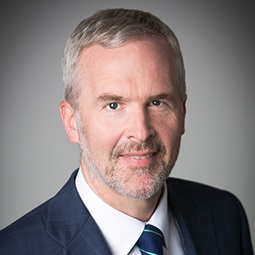 Douglas Urquhart is Head of Weil's U.S. Banking & Finance practice and is based in New York. He specializes in bank debt financings and restructurings.

Douglas is recognized as a leading lawyer for Banking & Finance by Chambers USA and Chambers Global, where clients note he is “great at jumping in and providing the broader business context, balanced with legal advice” and has “done so many deals and worked with so many firms that he has an excellent handle on what the current market standards are.” He is also recognized as a “Market Leader” for Banking in the U.S. by IFLR1000 and a “Leading Lawyer” for Bank Lending by Legal 500 US. Douglas has been ranked for Restructuring and Insolvency in Euromoney Legal Media Group’s Guide to the World’s Leading Insolvency and Restructuring Lawyers.

Douglas is the co-author of chapters in Reorganizing Failing Businesses (American Bar Association) and The Law and Practice of Restructuring the UK and US (Oxford University Press) and is a frequent speaker on bank finance and intercreditor issues.

Douglas is active in pro bono matters and sits on the Board of Directors of ACCION East, the largest provider of microfinance in the United States, for 10 years, and was on their Executive Committee for four years.

Educated in the United Kingdom, Douglas moved to the United States in 1992, spending four years with the New York office of an international law firm before joining Weil in 1996 and becoming a partner in January 2000.