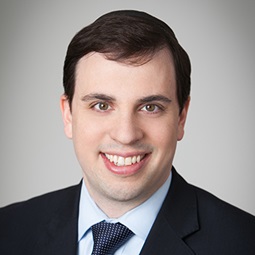 David Yolkut is counsel in Weil’s Complex Commercial Litigation and Appellate Litigation practice groups. He focuses on a wide variety of complex disputes, including high-stakes First Amendment and other constitutional issues, contract, fraud, antitrust class actions, DOJ and other governmental investigations, intellectual property rate-setting, copyright infringement, defamation, civil RICO, Article 78, and the False Claims Act. David has particular expertise in matters of critical importance to the media and entertainment industry, and he regularly counsels several of the largest television programmers in the country.

David has played a central role in many high-profile victories in courts nationwide – including the U.S. Supreme Court and the New York Court of Appeals – and he has deep experience in every stage of the litigation and appellate process, including taking and defending depositions, briefing motions at every stage of practice, arguing dispositive motions and appeals, and trial examinations. David has been recognized for his work as a “Rising Star” by New York Super Lawyers in 2015 and 2016.

His notable representative experience in these and other areas includes:

David has been a key part of multiple high-profile appellate victories, including on matters of first impression:

David also has an active pro bono practice, where he focuses extensively on religious freedom cases. He has successfully represented the East End Eruv Association and the Bergen Rockland Eruv Associations in a series of high-profile federal civil and constitutional rights cases against three municipalities in Long Island, NY and three municipalities in Bergen County, NJ – all regarding the establishment of an eruv. In 2015, David’s team prevailed before the Second Circuit, which held that the installation of an eruv in Westhampton Beach, New York does not violate the Establishment Clause of the U.S. Constitution. Also in 2015, David’s team obtained an Article 78 judgment annulling and reversing the determination of the Town of Southampton’s Zoning Board, which had arbitrarily found that the use of plastic “lechis” in connection with the installation of an eruv constituted prohibited “signs” under local sign ordinance. In 2018, after David’s team filed similar lawsuits in the District of New Jersey, the Township of Mahwah and the Borough of Montvale each agreed to cease their efforts to halt the expansion of an eruv. Most recently, his team secured for the Congregation Shomrei Torah of Clifton, NJ one of the largest-ever recoveries under the federal Religious Land Use and Institutionalized Persons Act in connection with years-long delays and disparate treatment by the Clifton Planning and Zoning Boards that prevented the Congregation from building a house of worship. Under the terms of the settlement, which was mediated by a former New Jersey State Attorney General, Clifton will pay the Congregation $2.5 million and construct a sidewalk adjacent to the property where the house of worship will be built.

Among other pro bono matters, David has also been appellate counsel to Alianza Dominicana, Inc., a non-profit community development organization that partners with youth, families, and public and private institutions to revitalize economically distressed neighborhoods.

David is a member of the American Bar Association and the New York State Bar Association, where he is a member of the Entertainment Arts & Sports Law Section, and the Committee on Television and Radio. He has authored several articles and CLEs on legal issues pertaining to the cable and satellite television industry, including MFN clauses, cord-cutting, channel bundling, a la carte rights, and emerging technologies.