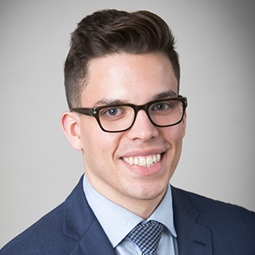 David Rybak is an associate in Weil’s Antitrust/Competition practice group. His practice focuses on regulatory approval for mergers and acquisitions, as well as complex civil antitrust litigations and government investigations. David has experience across a wide range of industries, including software/technology, life sciences, and retail, among others.

David received his J.D. from the University of Toronto Faculty of Law, during which he served as an executive member and later President of the First Generation Network, a non-profit organization dedicated to reducing the barriers that law students who are first in their family to attend university face as they begin their legal careers. David received his B.A. with Honors in Economics and Political Science from the University of Alberta, where he was a recipient of the Duncan Alexander MacGibbon Medal in Economics, awarded annually to the student graduating with highest distinction from the Honors Economics program.

David is a member of Weil’s Health & Well-Being Committee, and focuses his pro bono efforts on Weil’s long-standing partnership with the Innocence Project.