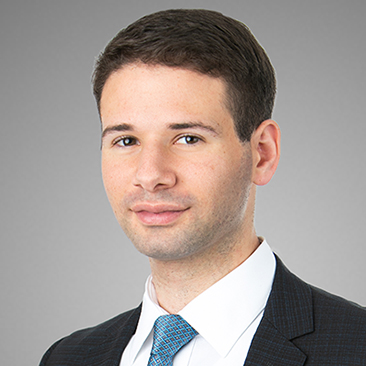 Mr. Wiesenfeld also has an active pro bono practice. Recently, he has been working on a Weil team, in collaboration with the Legal Aid Society, in bringing a federal class action on behalf of domestic violence victims against the New York City Department of Housing Preservation and Development. The putative class asserted violations of the Violence Against Women Act in connection with the Department’s administration of housing assistance in the wake of domestic abuse. In February 2020, Weil negotiated a groundbreaking and widely covered settlement in this case, which provides domestic violence survivors the means of obtaining new housing vouchers in their names, safeguarding them against the loss of their homes.

Mr. Wiesenfeld received his B.A., summa cum laude, from Yeshiva University and his J.D. from New York University School of Law, where he served as Staff Editor of the Journal of Legislation and Public Policy. During law school, he worked as an intern at the New York State Attorney General’s Medicaid Fraud Control Bureau, as well as an extern at both the Criminal and Civil Divisions of the U.S Attorney’s Office for the Southern District of New York. Mr. Wiesenfeld also served as a judicial intern for the Hon. George B. Daniels of the U.S. District Court for the Southern District of New York.