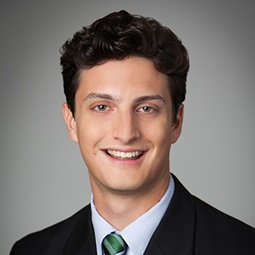 Daniel Musher is counsel in Weil’s Washington, D.C. office and a member of the Firm’s Patent Litigation practice. He has experience with district court patent litigation, 337 investigations before the U.S. International Trade Commission, and inter partes reviews before the U.S. Patent and Trademark Office.

Outside of his intellectual property practice, Daniel is deeply committed to pro bono work within the Firm. After joining Weil, he became the Firm’s liaison for Clemency Project 2014, a nationwide initiative to identify non-violent offenders who are serving disproportionately large sentences, including life sentences, for low-level crimes when compared with current sentencing guidelines. One of his signature achievements came in 2016, when President Obama granted one of his team’s petitions and commuted the client’s life sentence after the client already had served 18 years in prison – a decision Daniel had the privilege of communicating to the client. Today, Daniel works with human trafficking survivors in order to help expunge criminal convictions that occurred while victims of trafficking.

In 2013 and 2014, Daniel’s articles on electronic discovery were selected for publication by the ITC Trial Lawyers Association.