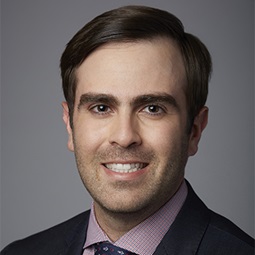 Corey Berman is counsel in Weil’s Litigation Department and a member of the Firm’s Complex Commercial Litigation practice.

Corey has significant commercial litigation experience across a broad range of disputes involving class actions and class arbitrations, ERISA, business torts, contracts, fraud, and environmental litigation. He plays lead roles in all aspects of his clients’ engagements, from coordinating discovery and managing and taking depositions, to drafting dispositive and other mission-critical motions, to overseeing settlement and case resolution negotiations and strategy.

Typically, Corey’s matters implicate hundreds of millions, if not billions of dollars in potential liabilities, and his experience includes bet-the-company matters for companies in a broad range of industries, including investment banking, health care, insurance, media and entertainment, sports, oil and gas, consumer products, and energy, among many others.

In 2022, Corey was recognized by Daily Business Review as one of just 18 recipients of DBR’s “On the Rise” award, which recognizes Florida attorneys under 40 for their exceptional accomplishments.

Corey also demonstrates an exceptional commitment to pro bono and is an ardent supporter of the Firm’s community and pro bono initiatives. Most recently, Corey was part of a team of Weil attorneys that advised a non-profit on structuring a proposal for Florida mayors and commissioners to enact common-sense firearm procurement requirements. He was also part of a team of Weil attorneys that represented two Florida citizens and a non-profit voting rights organization in their fight to stop the voting rolls purge in the lead-up to several recent elections. Corey also has played a lead role prosecuting a class action against local Miami-Dade municipal agencies challenging their compliance with voluntary federal immigration detention requests that can hold immigrants for two days past their entitled release date.

He is a member of the American Bar Association and the Florida Bar.