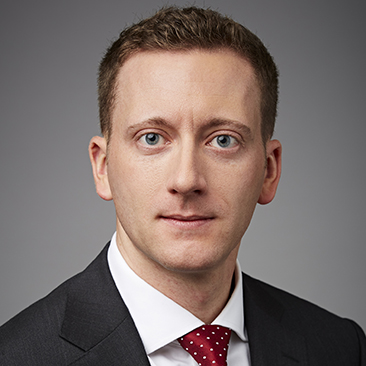 Christopher Lavin is an associate in the Patent Litigation practice in Weil’s Silicon Valley office. His practice area focuses primarily on technologies in the life sciences field. He has experience with Federal Circuit appeals, district court litigation, International Trade Commission investigations, state court proceedings, and inter partes reviews before the U.S. Patent and Trademark Office. He is comfortable with all phases of litigation – from prior to the advent of an action, through discovery, trial, and appeal. Mr. Lavin also serves on teams that counsel clients with respect to evaluating intellectual property portfolios for corporate mergers and acquisitions, financing, and investment rounds, as well as with respect to potential litigation risks.

In addition to his intellectual property practice, Mr. Lavin is deeply committed to pro bono work. He is an active contributor to the Innocence Project, work for which he has been positively recognized within the Firm. He was also a member of a trial team acting pro bono that secured a successful federal jury verdict on behalf of a client against a large international retail corporation. Furthermore, he has obtained a very favorable court resolution for a pro bono client in a contentious family law dispute.

Mr. Lavin earned his J.D. from the Boston University School of Law with Honors in Intellectual Property Law, where he a member of the Journal of Science & Technology Law and a research assistant in the area of intellectual property law to former Dean and Professor of Law Maureen O’Rourke. Mr. Lavin earned his B.A. in economics from the University of Rochester with Honors.

* Includes matters prior to joining Weil