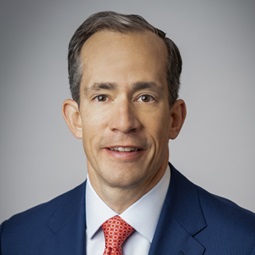 Christopher L. Garcia is Co-Head of Weil’s global White Collar Defense, Regulatory and Investigations practice, where he focuses on defending companies and individuals in connection with regulatory and criminal investigations, conducting internal investigations, and litigating securities class actions in state and federal courts across the U.S. He also counsels boards of directors, executives, broker-dealers, and investment advisers on securities and corporate governance issues, and regulatory compliance, among other things. Christopher is also a member of the Firm’s Privacy & Cybersecurity group.

Some of Christopher’s recent notable experience includes the following representations:

Since joining Weil, Christopher has also represented General Electric Company and several of its senior officers in connection with securities class action litigation in the Southern District of New York relating to statements made concerning GE’s dividend, access to the commercial paper markets, and exposure to subprime and noninvestment grade debt. Other representative clients include Morgan Stanley, Aeropostale, AIG, DIRECTV and Optimer Pharmaceuticals, Inc.

Prior to joining Weil, Christopher was Chief of the Securities and Commodities Fraud Task Force in the US Attorney’s Office for the Southern District of New York. In this role, he led a unit of more than 35 prosecutors, law enforcement agents, and staff in all aspects of securities fraud investigations, trials, appeals, and other litigations, including those The New York Times highlighted as underpinning “the government’s widespread crackdown on insider trading on Wall Street.” During his tenure, Christopher supervised the investigation and prosecution of more than 300 cases, including matters arising out of the 2008 financial crisis and in areas of corporate fraud, consumer fraud, insider trading, fraudulent investment schemes, and the FCPA. Notable cases from Christopher’s time in government include: a high profile investigation of an entity responsible for structuring fraudulent tax shelters, where Christopher helped negotiate a resolution that resulted in approximately $554 million in forfeiture and penalties; a criminal investigation of Toyota Motor Corp. relating to vehicle defects that in 2014 resulted in a $1.2 billion settlement; and an investigation of insider trading at hedge fund SAC Capital that in 2013 resulted in a guilty plea. He also personally conducted ten federal jury trials and successfully litigated numerous appeals.

In private practice, Christopher has obtained a number of awards from legal and business publications and bar organizations. The National Law Journal named him a White Collar, Regulatory & Compliance “Trailblazer” in 2018, recognizing him among lawyers “who continue to make their mark in white collar criminal litigation...having achieved remarkable successes along the way.” He is currently recognized in Euromoney’s White Collar Crime Expert Guide, and named as a “recommended” lawyer nationwide in the White Collar area by Legal 500, which called out his “noted expertise in insider trading and DOJ and SEC investigations.” He is also ranked as a leading lawyer for White Collar Crime & Government Investigations in New York by Chambers USA, which pointed out his “strong reputation for his handling of criminal litigation and government investigations,” and quoted clients who “couldn't speak more highly” of him, and noted that “he is just a marvelous, go-to lawyer” and “his knowledge and skill is overwhelming and self-evident.” In 2014, he was recognized by Ethisphere as one of seven “Up and Comers” nationwide in the publication’s “Attorneys Who Matter” list, which represents the “best and brightest in the legal field.” In 2013, he was featured as one of 12 “Rising Stars” nationwide by the Minority Corporate Counsel Association in Diversity & The Bar, selected by Law360 as one of five “Rising Stars” nationwide in the White Collar area, and recognized by New York Law Journal as one of 44 “Rising Stars” in New York. As a prosecutor, Christopher also received numerous awards, including the DOJ’s Director’s Award for Superior Performance for having successfully convicted, after trial, Refco’s past president and former owner, Tone N. Grant. He also received several awards for his work in helping forfeit more than approximately $8 billion in connection with various cases.

Christopher is a fixture in the academic and legal community. He served on Law360’s 2020 Legal Ethics Editorial Advisory Board, and is a regular speaker and writer on securities litigation, enforcement, and white collar topics, including cybersecurity, social media communications and related SEC disclosure issues, the Foreign Corrupt Practices Act and anti-corruption enforcement, and insider trading. He has been a featured speaker at events coordinated by Bloomberg/Bloomberg BusinessWeek, Practising Law Institute, the New York City Bar Association, the American Bar Association, FINRA, SIFMA, and governmental agencies like the Securities and Exchange Commission and the Department of Justice. He also has been featured in Bloomberg, Forbes, and Reuters, among other publications.

Christopher is Chair of the New York Regional Committee of the American Bar Association’s (ABA) Criminal Justice Section’s White Collar Crime Committee, and Co-Chair of the Securities Fraud Sub-Committee of the ABA’s Business Law Section. He also is a member of the Federal Bar Council’s Membership Committee, and serves on the board of the Legal Aid Society of New York, receiving one of the Society’s 2018 Pro Bono Publico Awards for outstanding service. In addition, Christopher serves as Co-Chair of Weil’s Diversity Committee, and he is regularly recognized for his service and leadership on diversity, equity, and inclusion initiatives. For example, in 2021, Crain’s New York Business named Chris a “Notable Hispanic Leader” for his impact in the New York City business community as an advocate for diversity, equity, and inclusion, and the Puerto Rican Bar Association honored him with its “Attorney of the Year” award.

In addition to his practice, Christopher is the President of the Board of Trustees of the Green Vale School.