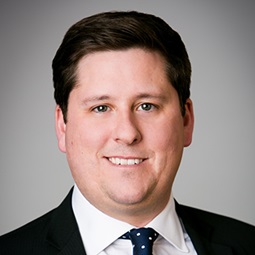 Chris Abbott is counsel in Weil’s Antitrust/Competition practice. His practice focuses on regulatory approval for mergers and acquisitions, civil antitrust litigation, and government investigations. He has worked on matters across a wide range of industries, including agriculture, chemicals, supermarkets, pharmaceuticals, medical devices, and retail.

Prior to joining Weil, Mr. Abbott was a staff attorney in the Mergers IV Division at the Federal Trade Commission’s Bureau of Competition, where he conducted merger investigations and litigated merger challenges. He was an integral member of the FTC trial team that enjoined the merger of Sysco and U.S. Foods, as well as the Phoebe Putney/Palmyra litigation team. In addition, Mr. Abbott participated in numerous high-profile merger investigations, including Office Depot/OfficeMax, Kroger/Harris Teeter, and Visant/American Achievement Corporation.

Mr. Abbott received the FTC’s Janet D. Steiger Award for his contributions to the Phoebe Putney/Palmyra litigation team. He recently served on the Joint Conduct Committee of the American Bar Association’s Section of Antitrust Law, and has been a contributing editor to the ABA’s Annual Review of Antitrust Law Developments.