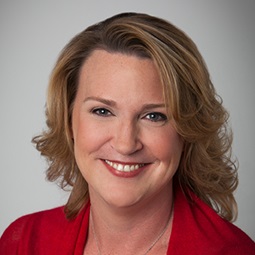 Carrie C. Mahan is a partner in Weil’s Washington, D.C. office, a Chambers USA-ranked antitrust litigator, and a trusted corporate counselor and risk advisor. She has a diverse practice advising global companies on antitrust and consumer protection issues in both the government investigations and private litigation contexts, as well as in connection with mergers, acquisitions, and joint ventures. Carrie also is a member of the Firm’s Privacy & Cybersecurity group.

Carrie partners with clients to guide their strategic business decisions, manage risks arising from pricing decisions, technology, customer and vendor relationships, and overall marketplace direction, and improve and oversee compliance programs. Her clients value her pragmatic advice and creative thinking informed by decades of experience navigating them through bet-the-business and other crisis situations.

She has extensive experience representing clients in all major antitrust venues, including both state and federal courts and before federal, state, and international competition and consumer protection enforcement agencies, including the U.S. Federal Trade Commission, the Antitrust Division of the U.S. Department of Justice, and state attorneys general.

In court, clients look to Carrie to lead their defense and overall strategy, particularly as part of joint defense groups, owing to her proven ability to develop novel arguments to counter complex antitrust theories. For example, recently, she was appointed as liaison counsel for all 20 defendants in the dozens of federal antitrust class actions and direct action complaints in the consolidated litigation, In re Broiler Chicken Antitrust Litigation. She has secured victories at every critical stage of major nationwide antitrust class actions and multi-district litigations, including winning dismissals without discovery at the Rule 12 stage, defeating class certification, and prevailing at summary judgment. Additionally, Carrie has orchestrated favorable settlements in these matters that have significantly limited corporate liability and reputational harm.

In the regulatory, investigations, and transactional contexts, Carrie works closely with clients to secure approvals of proposed mergers, acquisitions and joint ventures from the DOJ and the FTC, as well as favorably resolve, without litigation or public disclosure, non-public FTC investigations into trade association and joint venture conduct and activities. She also represents clients in criminal investigations before the Antitrust Division, including a recent grand jury investigation involving the media industry.

Carrie is well regarded in the market for her ability to consistently excel in high-stakes engagements. Global Competition Review included Carrie on its “Women of Antitrust 2021” list, naming her as one of the world’s foremost female leaders in antitrust and competition law – an honor given to only a select few. Chambers USA recognizes Carrie among the top antitrust litigators in Washington, D.C., which calls out her leading “skills in class action defense,” and highlights client feedback touting her “incisive leadership as defense liaison counsel,” calling her “very smart, very focused,” and noting “she takes no prisoners.” She is also recommended for Civil Litigation/Class Actions by Legal 500 US, where clients remark that she is “very smart and assertive” and “often ten steps ahead of her opponents.” In 2021, Carrie was selected to serve on Law360’s 2021 Hospitality Editorial Advisory Board.