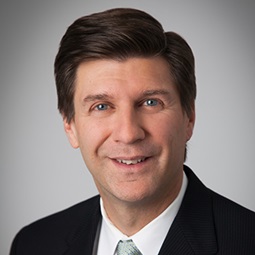 Brian E. Ferguson is Co-Head of Weil’s nationwide Patent Litigation practice and is recognized among the leading patent lawyers in the United States. Brian has more than 25 years of experience representing innovator companies, such as BASF, General Electric, Nuance Communications, and Under Armour, before all of the major patent law venues in high-stakes IP disputes involving an array of technologies.

Brian represents clients in all phases of patent infringement and validity disputes before U.S. district courts, Section 337 investigations before the International Trade Commission (ITC), and adversarial matters before the U.S. Patent and Trademark Appeal Board (PTAB), which includes successfully representing clients in more than 70 inter partes review proceedings. He also has substantial experience litigating patent-related appellate proceedings, including dozens of appeals before the Federal Circuit. Additionally, Brian has a broad range of first-chair trial and pre-trial experience in both U.S. district courts and at the ITC. In addition to his patent work, Brian has experience handling other intellectual property disputes, including trade secret, trademark, and copyright litigations.

Brian is regularly recognized by international business and industry publications as a leader in patent law. In 2008, he was named one of the “Top 50 Under 45” IP practitioners in the U.S. by IP Law & Business. Since 2013, he has been recognized as both a "Patent Star" in Washington, D.C. by Managing Intellectual Property's IP Stars, and as a recommended lawyer nationwide by Legal 500, including in the areas of patent litigation and ITC proceedings. Since 2012, he has been named among the World’s Leading Patent Practitioners by the IAM Patent 1000, which recently called him a “veteran enforcer and protector for some of the world’s major technology companies,” and noted that he is a “master tactician” who “calls the right play at every stage of a case, whatever the forum.” In 2012, he was recognized as a “BTI Client Service All-Star” by BTI Consulting Group. He also has been repeatedly recognized by The Best Lawyers in America and Super Lawyers.

Some of his recent experience includes:

Some of Brian’s other notable experience includes:

Brian is a respected thought-leader in the technology sector and in academia. For several years, he taught a course on patent litigation as an adjunct professor at the George Washington University School of Law. He also regularly authors articles on patent litigation and technology topics, including the “Discovery and Privilege” chapter in the book Patent Litigation (PLI Press). Brian is a member of the Federal Circuit Bar Association and the PTAB Bar Association. He previously served on the Board of Directors of Give an Hour, a non-profit organization devoted to providing mental health services to U.S. veterans and their families.