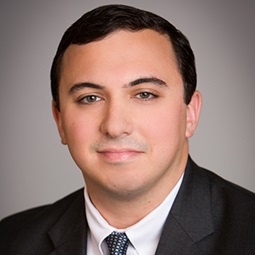 Andrew Cauchi is an associate in Weil’s Securities Litigation practice, where he focuses on securities fraud class action litigation, shareholder derivative suits, litigation arising from mergers and acquisitions, internal investigations, and SEC and other governmental inquiries and investigations.

Andrew maintains an active pro bono practice, including as a member of the Weil team that won asylum for a Tibetan Buddhist refugee who was fleeing persecution by a foreign government.

Andrew was honored in the 2021 and 2022 editions of Best Lawyers: Ones to Watch for securities litigation. In the second half of 2019, he participated in Morgan Stanley’s attorney secondment program, where he worked in Morgan Stanley Smith Barney’s Branch Advisory Legal group.

Andrew received his J.D. from St. John’s University School of Law and his B.A. from Lehigh University. He was a member of the St. John’s Law Review.