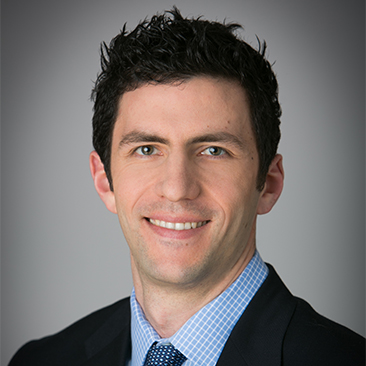 Ami Zweig is counsel in Weil’s Employment Litigation Practice Group. He has participated in the representation of employers in a wide range of matters, including restrictive covenant and trade secret litigations; Title VII, ERISA, and wage and hour class actions; breach of contract and employment termination disputes; whistleblower actions; and claims of discrimination, harassment, and retaliation, in both federal and state courts as well as in arbitration and mediation, including deposition and trial experience.

Additionally, Mr. Zweig counsels employers with respect to all aspects of employment law, from “day-to-day” issues to more complex, unusual, or high-stakes matters. In that capacity, Mr. Zweig regularly works with C-suite executives, general counsels, heads of human resources, and other legal and human resources professionals for financial services companies, private equity firms (including frequently dealing with issues involving portfolio company executives), non-profit organizations, and others. He has extensive experience drafting and negotiating employment and separation agreements, reviewing employee handbooks, and advising with respect to restrictive covenant agreements. Mr. Zweig also has worked on various matters in the sports industry. He has published on assorted topics in the field of employment law, and has presented on the topic of harassment in the workplace, including at Weil’s annual Symposium on Nonprofit Governance.

Among his most recent litigations, Mr. Zweig was part of a Weil team that successfully obtained a temporary restraining order in a high-profile restrictive covenant dispute in the S.D.N.Y. involving customer and employee solicitation in the insurance industry, leading to a favorable resolution for Weil’s client. Mr. Zweig was also a member of a Weil team that tried an intensive, expedited arbitration for a New York-based investment management firm involving violations of restrictive covenants triggered when certain key members of the firm’s management team departed to set up a new fund. Other recent litigations in which Mr. Zweig was part of Weil teams that obtained favorable outcomes for their clients include the defense and resolution of a misappropriation of trade secrets action in Kansas federal court against an extended stay hotel company; a litigation in the S.D.N.Y. against a Dutch public company and owner of the Amsterdam, Brussels and Paris stock exchanges, and various subsidiaries, by the former CEO and minority shareholder of a subsidiary company asserting breach of contract and discriminatory retaliation claims; and the representation of one of the top U.S. government contractors in connection with a restrictive covenant dispute in Maryland federal court involving a senior business development executive.

Mr. Zweig also has extensive experience representing boards of directors in connection with investigations and resolution of internal complaints lodged against senior executives, including most recently in connection with a publicly traded investment firm, as well as a high-profile New York-based non-profit organization.

Legal 500 recently recognized Mr. Zweig as a “Rising Star” in the areas of Labor and Employment Disputes as well as Workplace and Employment Counseling.

Mr. Zweig serves as a member of the Leadership Counsel of Lawyers for Children, a New York City-based non-profit organization. Prior to joining Weil, Mr. Zweig spent a year as a law extern with The Legal Aid Society’s Employment Law Unit, where he represented clients in administrative hearings and assisted with wage-and-hour litigations.

Mr. Zweig received his B.A. from Duke University and his law degree from the University of Michigan Law School.