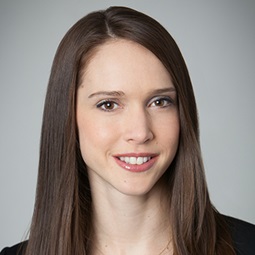 Amanda Shulak is counsel in Weil’s Securities Litigation practice, where she focuses on counseling with respect to internal and government investigations, as well as litigating securities and complex business matters.

Amanda has extensive experience advising on internal investigations, as well as governmental and regulatory investigations and inquiries by the Securities and Exchange Commission, the Commodity Futures Trading Commission, the Financial Industry Regulatory Authority, and state attorneys general. She also has litigated significant securities disputes in federal court. Some of her recent representative experience includes:

Amanda also has an active pro bono practice. Following graduation from law school, she spent a year as a pro bono attorney for Advocates for Children of New York in the Juvenile Justice Project, where she represented parents of at-risk NYC special education students to obtain appropriate school placements and compensatory educational services. At Weil, Amanda has continued to handle matters for Advocates for Children as part of her pro bono practice.

Amanda received her B.A. with distinction from the University of Michigan, where she double majored in political science and Spanish. She received her J.D. with honors from Emory University School of Law, where she was Executive Managing Editor of the Emory Law Journal.