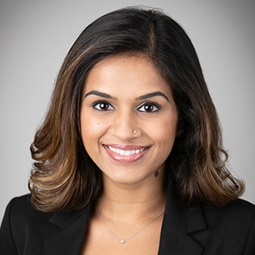 Amama received her J.D. from Georgetown University Law Center, where she was a Notes Editor of The Georgetown Law Journal and a member of the Women’s Legal Alliance. During law school, she served as a judicial intern to the Honorable Beryl Howell, Chief Judge of the U.S. District Court for the District of Columbia, and also worked as a student attorney at Georgetown’s Civil Rights & Voting Rights Clinic. As a student attorney, she conducted legislative research into National Popular Vote bills, and drafted certiorari petitions and memoranda to the U.S. Supreme Court on cases involving 14th Amendment due process rights and equal protection. She received her B.A., summa cum laude, from the University of North Carolina at Charlotte.

Amama is fluent in Urdu and Gujarati.