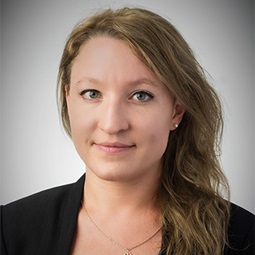 Alison Finneran is an associate in Weil’s Antitrust/Competition practice group. Her practice focuses on regulatory approval for U.S. and multi-jurisdictional mergers and acquisitions, civil litigation, compliance counseling, and cartel investigations. Alison has worked with domestic and international clients across a broad range of industries, including energy, pharmaceuticals, insurance, audiovisual services and industrial/manufacturing. She concentrates her pro bono efforts on representing asylum seekers.

Prior to joining Weil, Alison served as a judicial law clerk at the Washington County Circuit Court for Maryland, and as a law clerk in the antitrust department of a major oil and gas company. During law school, she served as an antitrust legal consultant at the U.S. Federal Trade Commission’s Office of International Affairs, where she worked on International Competition Network (ICN) matters. Additionally, Alison was an International Trade Intern with the U.S. Export Assistance Center at the U.S. Department of Commerce, where she counseled corporations concerning trade requirements and regulations, as well as drafted briefs on trade law in various countries.

Alison received her LL.M from Georgetown University Law Center. She earned her J.D. in European Economic Law and her LL.B. in International and European Law from the University of Paris I Pantheon-Sorbonne. Alison is a native speaker of both English and French.