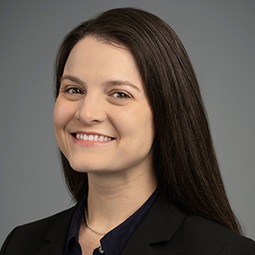 Alexis Brown-Reilly is counsel in Weil’s Antitrust/Competition practice. She focuses her practice on all aspects of the merger review process, including clearance internationally and under the Hart-Scott-Rodino Act, as well as agency investigations and litigation. Alexis also represents clients in other areas of antitrust law, including private litigation and compliance counseling. She has experience across a wide range of industries, including telecommunications, technology, information management, pharmaceuticals, chemicals, and financial services.

Alexis is a former trial attorney at the Department of Justice Antitrust Division, where she focused on telecommunications matters. She worked on significant merger investigations and was an integral member of the Division’s trial team in the ATT/Time Warner Litigation. Alexis was awarded the Assistant Attorney General Award in 2018 and 2019 for her work on key Division matters. Alexis also previously worked as an honors paralegal in the Federal Trade Commission’s Bureau of Competition, where she assisted on merger and non-merger investigations and received an Official Commendation for Meritorious Service for her work on the Federal Trade Commission and Department of Justice Commentary on the Horizontal Merger Guidelines.