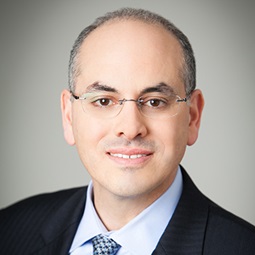 Adam Safwat is counsel in Weil’s global White Collar Defense, Regulatory and Investigations practice and is resident in the Firm’s Washington, DC office.

Adam regularly serves on engagements involving the representation of companies and individuals before the DOJ and SEC in investigations and compliance-related matters. In addition, he provides clients with extensive counseling on best practices for compliance programs and internal controls. His practice is multi-faceted, and in addition to FCPA counseling, he focuses on issues related to white collar and regulatory enforcement impacting public and private companies, including anti-money laundering issues. Adam also has particularly extensive experience in the pharmaceutical sector with respect to the FCPA and other domestic promotional practices.

Adam previously served as a Deputy Chief of the Fraud Section of the U.S. Department of Justice’s Criminal Division from 2012 to 2014. He also served in the Fraud Section as an Assistant Chief from 2008 to 2012 and as a Trial Attorney and Senior Trial Attorney from 2006 to 2008. During his time at the Fraud Section, he worked on a number of significant Foreign Corrupt Practices Act investigations involving companies operating in the commodities, oil services, logistics, and defense industries, and coordinated a multi-jurisdictional investigation resulting in one of the largest FCPA corporate settlements to date.

In addition, while at the Fraud Section, Adam served on several complex securities fraud investigations of individuals and entities in the financial services industry, including matters involving alleged accounting fraud relating to complex derivative instruments and special purpose entities. In addition to his case work, Adam worked on policy matters such as new criminal discovery initiatives within the Criminal Division and on proposed amendments to the U.S. Sentencing Guidelines relating to corporate accounting fraud and insider trading.

Prior to joining the Fraud Section, Adam spent four years as an Assistant U.S. Attorney in the U.S. Attorney's Office for the District of Delaware, where he conducted jury trials in general crimes cases and also concluded a number of successful white collar investigations in areas such as theft of trade secrets and tax fraud. Earlier in his career, Adam spent approximately six years in private practice and served as law clerk to the Honorable Walter K. Stapleton of the U.S. Court of Appeals for the Third Circuit in Philadelphia.

Adam has been recognized as a “recommended” lawyer nationwide for White Collar Defense by The Legal 500, while Global Investigations Review called him a “name to know” in its inaugural edition of the GIR 100. He is a frequent author and speaker on topics relating to internal investigations, anti-corruption issues, compliance issues and the GDPR.

Some of Adam’s notable experience includes serving on the following Weil engagements: