When employees publicly make divisive or disruptive statements in the workplace, companies frequently consider whether they should take action to restore peace and harmony among co-workers.  Within the past few months, several prominent companies have faced public scrutiny related to both disruptive employee speech and the companies’ responses to these incidents.  In some circumstances, companies have chosen to discipline employees or publicly distance themselves from an individual’s personal viewpoint.  In other situations, companies have declined to take action and instead affirmed their employees’ right to free speech.

In this month’s column, we discuss some recent controversies involving employee speech and the laws governing employers’ ability to regulate and respond to disruptive speech in the workplace.  We conclude that while employers may not be able to eliminate the risk of disruptive discourse in the workplace, employers can take certain steps to foster a culture of mutual respect and civility.

In August, Google found itself at the center of a public relations firestorm after one of its software engineers, James Damore, published a controversial internal memo criticizing Google’s diversity policies.  In the memo, titled “Google’s Ideological Echo Chamber,” Damore questioned the legality of Google’s diversity policies and argued that Google stifles debate over diversity issues by “shaming dissenters into silence.”

After Damore’s memo leaked to the media, Google swiftly terminated Damore, with Google Chief Executive Officer Sundar Pichai stating that Damore’s memo violated the company’s code of conduct and “by advancing harmful gender stereotypes in our workplace.”[1] In response, Damore retained counsel and filed a charge against Google with the National Labor Relations Board (“NLRB”).  Damore’s charge alleges that Google unlawfully discharged him for engaging in “protected, concerted activity” under Section 7 of the National Labor Relations Act (“NLRA”).

The nation’s leading cable sports network, ESPN, was also recently involved in a highly publicized incident related to employee speech.  Last month, some critics accused ESPN of “political bias” after the network opted not to discipline sports commentator Jemele Hill for certain tweets criticizing President Trump.  Even though the network stated that Hill’s actions were “inappropriate,” ESPN neither disciplined Hill nor forced her to delete her tweets.[2]  A year earlier the network terminated commentator, and former MLB pitcher, Curt Schilling for sharing a Facebook meme that mocked transgender bathroom laws, with ESPN calling his actions “unacceptable.”[3] To some commentators, the network’s different responses demonstrated an inconsistent application of company policy.[4]

In the most recent controversy regarding employee speech, just last week, President Trump criticized the NFL and team owners for not disciplining players for kneeling during the recitation of the national anthem before games.  These protests began over a year ago, when former San Francisco 49ers quarterback Colin Kaepernick refused to stand during the national anthem, describing his actions as a protest of the country’s oppression of people of color.  Almost immediately, some argued that the NFL had the authority to discipline him for unsanctioned political protests on the field.  However, the league declined to impose discipline.  Instead, NFL Commissioner Roger Goodell indicated that while he did not necessarily agree with Kaepernick’s protests, Goodell felt that “players have a platform, and it’s his right to do that.”[5]

With protests carrying over into the current football season, President Trump suggested that team owners should “fire” any player who refuses to stand for the anthem.  In response, rather than distancing themselves from the protests, Goodell and most of the league’s owners issued statements reaffirming the players’ freedom to protest during the national anthem; some executives even joined players in coordinated demonstrations on the field.

The general consensus among many modern companies, especially those in the technology industry, is that open dialogue fosters creativity and innovation.  However, in an increasingly polarized political climate, employers often fear that the benefits of unchecked free speech will be undone by the disruptiveness caused when an employee voices an unpopular or a viewpoint the employer deems offensive.

Most companies would prefer open and civil dialogue in the workplace, but permitting a free-for-all of divisive discourse can negatively impact workplace productivity and employee morale.  Recent studies confirm that political discussions are an increasingly major distraction in the workplace.[6]  Taken to an extreme, unregulated workplace speech could increase the risk of discrimination claims if discussion of hot-button political issues creates hostility among employees on the basis race, sex, or religion.

Contrary to popular belief, the First Amendment to the U.S. Constitution does not guarantee an employee’s “freedom of speech” at work.  The First Amendment protects individuals from government action regulating speech, but there is no constitutionally protected right for employees of a private company to express opinions or engage in political activity at work.  In fact, under most circumstances, private employers can discipline or terminate employees for statements made both in and out of the workplace.  However, employees retain some statutory legal protections under the NLRA, Title VII, and some state law protections for political activity.

Under the NLRA, employee statements and actions concerning political issues and events may be protected by the NLRA if there is a sufficient nexus between the political issue and the workplace.  Indeed, James Damore now argues that his memo was protected speech under the NLRA, because it was an attempt to raise awareness for “very real issues raised by [Google’s] diversity policies and corporate culture.”[7]

Although the NLRA is often associated with protections for unionized employees, the NLRB has a history of protecting nonunion employees engaged in concerted activity.  Under Section 7 of the NLRA, employees have the right to engage in “concerted activities for the purpose of collective bargaining or other mutual aid or protection.”  The phrase “concerted” has been interpreted to cover the actions of individual employees as they seek to induce group activity or where they act as a representative of at least one other employee.

The biggest challenge for most employers lies in determining when employee speech touches upon the terms and conditions of employment.  As the Supreme Court has recognized, “some concerted activity bears a less immediate relationship to employees’ interests as employees than other such activity,” and there comes a point at which “the relationship becomes so attenuated that an activity cannot fairly be deemed to come within the ‘mutual aid or protection’ clause.”  Eastex, Inc. v. N.L.R.B., 437 U.S. 556, 566-69 (1978).

When speech clearly lacks a nexus to the employment relationship, employers have the flexibility to choose whether or not to discipline their workers without encroaching upon NLRA protections.  For example, neither the NFL protests nor the Hill and Schilling social media posts involved employee speech that focused upon terms and conditions of employment.  However, employers often find distinguishing between protected and unprotected speech to be challenging endeavor that requires the involvement of experienced counsel.

Title VII of the Civil Rights Act does not directly address whether employees have a right to make controversial or political statements at work, but statutory protections may kick in if the statements involve topics touching on issues of race, color, sex, and national origin.  Therefore, if an employer disciplines an employee for political speech with a connection to the employer’s diversity or human resources policies, the employee may seek to assert that the discipline occurred because the employee opposed an “unlawful employment practice.” 42 USC § 2000e-3(a).

Finally, employers must remain cognizant of state and local laws protecting political activity.  Most states do not have laws that strongly protect political activity at work, but some states, such as California, prohibit private employers from controlling or directing the political activities of their employees.  Under California Supreme Court precedent, an employer’s “espousal of a candidate or a cause, and some degree of action to promote the acceptance thereof by other persons” constitutes an unlawful attempt to coerce or influence an employee’s political actions or activities.  Gay Law Students Association v. Pacific Telephone and Telegraph Co., 595 P.2d 592, 610 (Cal. 1979).  New York’s “Legal Activities Law” also protects certain employee political activities, but it is much more limited in scope than California’s law.[8]

In any workplace, employees inevitably make controversial statements or discuss political issues.  If a company wishes to regulate speech at work, it must remain cognizant that while employees may not have a constitutional right to “free speech” in the workplace, employers must be careful not to encroach upon employee speech protections, especially those provided by the NLRA.  Fortunately, employers have a number of options to limit contentious and distracting political speech in the workplace, while complying with applicable laws.

First, employers should carefully draft policies that prohibit discrimination or harassment on the basis of race, sex, religion, or other protected class status.  Such a policy should set clear expectations about compliance with Title VII of the Civil Rights Act, by emphasizing that employees can be disciplined for statements that disparage, threaten, or offend other employees on the basis of protected class status.

Second, employers should adopt and consistently enforce policies that define the scope of appropriate speech and political activity, both in and out of the workplace.  These policies should define proper use of company email systems and social media.  Employers can also prohibit what would otherwise be protected political speech, if the targeted speech is profane, defamatory, or malicious against the company. See e.g., N.L.R.B. v. Honda of America Manufacturing, Inc., 73 Fed. Appx. 810, 814-815 (6th Cir. 2003).  Additionally, an employer can restrict protected political expression during working times in working areas, as long as the restrictions are imposed through lawful and neutrally-applied work rules.

Finally, employers can supplement formal policies regarding speech by recommending standards for workplace civility.  For example, employers should discourage employees from disparaging each other based on political affiliations or viewpoints.  Employers also can discourage supervisors from discussing politics with their subordinates to avoid distracting disagreements, as well as train managers on how to diffuse or deflect contentious political debates in the workplace.

Through carefully drafted policies, clear expectations, and consistent enforcement, employers can address employee speech in the workplace without harming morale or encroaching on their employees’ protected rights.  However, policies and discipline will not prevent all distractions.  Employees are most likely to be happier and more productive if employers can create a culture of mutual respect and civility. 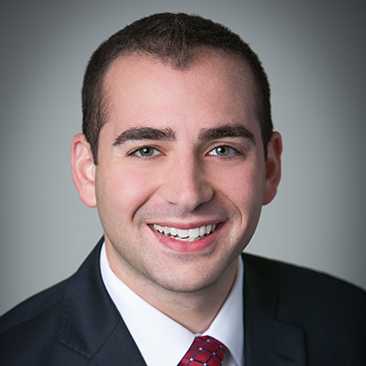