The Supreme Court recently placed limits on the abilities of state regulatory agencies staffed by industry participants to regulate their industries.  In North Carolina State Board of Dental Examiners v. Federal Trade Commission,1 decided on February 25, 2015, the Supreme Court held that state agencies on which a controlling number of decision makers are active market participants must satisfy the active supervision requirement established by California Liquor Dealers Assn. v. Midcal Aluminum, Inc.2 (“Midcal”) to invoke state-action immunity.  However, the Court noted that the extent of what constitutes “active supervision” will depend on “all the circumstances of the case.”  Therefore, there is some uncertainty over whether this holding will require states to make significant changes to the composition or supervision of industry-specific state regulatory bodies, as the dissent warns.

The case was first brought by the Federal Trade Commission (the “FTC”), challenging the actions of the North Carolina State Board of Dental Examiners (the “Board”).  The Board was established by North Carolina’s Dental Practice Act,3 which declared the practice of dentistry to be a matter of public concern, and established the Board to regulate the practice.  The Board consists of eight members: six members must be licensed dentists actively engaged in dental practice, and elected by other licensed dentists in the state; one must be a practicing dental hygienist, and elected by other dental hygienists; and the final member is a consumer, appointed by the Governor.  The Board’s duty is to “create, administer, and enforce a licensing system for dentists.”4  The Board has broad authority over licensed dental practitioners, and otherwise has the ability to file suit to “enjoin any person from … unlawfully practicing dentistry.”5

Dentists in North Carolina began offering teeth whitening services in the 1990s.  By the early 2000s, non-dentists began offering teeth whitening services, at a significantly lower price than dentists had charged.  Dentists began to complain to the Board about this competition, and most complaints focused on the low prices charged by non-dentists, rather than on possible harm to consumers.6

In 2010, the FTC filed an administrative complaint against the Board, alleging that it had violated Section 5 of the FTC Act, which prohibits “unfair methods of competition.”8  The Board moved to dismiss the Complaint on the basis that its actions were subject to state action immunity.  An Administrative Law Judge (“ALJ”) denied the motion, and the FTC sustained the ALJ’s decision on appeal.  The FTC reasoned that the Board is a “public/private hybrid” that must be actively supervised by the State to claim immunity.  Following full proceedings, the ALJ determined that the Board had unreasonably restrained trade.  The FTC sustained the ALJ’s ruling.  The Fourth Circuit Court of Appeals affirmed the FTC’s decision, and the Supreme Court granted certiorari on the question of “whether the Board’s actions are protected from Sherman Act regulation under the doctrine of state-action immunity, as defined and applied in [the Supreme] Court’s decisions beginning with Parker v. Brown, 317 U.S. 341 (1943).”9

The Supreme Court affirmed the Fourth Circuit decision, holding that state action immunity did not apply to the Board’s actions.  State-action immunity was first established in Parker v. Brown, where the Supreme Court interpreted the antitrust laws to confer immunity on anticompetitive activity by the States when acting in their sovereign capacity.  The Supreme Court has recognized that States’ controls over commercial activity within their borders may include restricting occupations, conferring rights to dominate markets, or otherwise limiting competition to achieve public objectives.10  Given the powers granted to the States under the Constitution, “If every duly enacted state law or policy were required to conform to the mandates of the Sherman Act, thus promoting competition at the expense of other values a State may deem fundamental, federal antitrust law would impose an impermissible burden on the States’ power to regulate.”11

The Supreme Court held, based on subsequent decisions interpreting Parker, that a nonsovereign actor qualifies for state-action immunity only if it satisfies two requirements: “[F]irst that the challenged restraint . . . be one clearly articulated and affirmatively expressed as state policy, and second that the policy . . . be actively supervised by the State.”12  The Court held that the second requirement—of active supervision by the State—was not met by the Board’s actions.  In particular, the Court held that the Board “did not receive active supervision by the State when it interpreted the Act as addressing teeth whitening” and when it enforced the policy by issuing cease-and-desist letters.13

The Court reasoned that North Carolina had delegated its authority to the Board, a nonsovereign actor.  The court distinguished between municipalities and “prototypical” state agencies granted general regulatory powers subject to electoral accountability, and those specialized agencies “dominated” by active market participants with a private price-fixing agenda.  While prototypical state agencies need not be subject to the supervision requirement of Midcal, the latter category of agencies subject to the participants’ private interests “are more similar to private trade associations vested by States with regulatory authority” than to the “prototypical” state agencies.14  The Court therefore held that “a state board on which a controlling number of decision makers are active market participants in the occupation the board regulates must satisfy Midcal’s active supervision requirement in order to invoke state-action antitrust immunity.”15  Notably, determining whether conduct qualifies for state-action immunity does not depend on the merits of whether the action is “efficient, well-functioning, or wise,” but depends on “whether anti-competitive conduct engaged in by [nonsovereign actors] should be deemed state action and thus shielded from the antitrust laws.”16

Limits on state immunity are most essential where, as in this case, the state seeks to delegate its regulatory power to active market participants.  This type of delegation is common, especially for the establishment of ethical and other standards for professional conduct.  But this type of delegation more directly implicates the antitrust laws because “prohibitions against anticompetitive self-regulation by active market participants are an axiom of federal antitrust policy.”17  Because these market participants may have an incentive to advance their own interests rather than the governmental interests of the State, Parker immunity “requires that the anticompetitive conduct of nonsovereign actors, especially those authorized by the State to regulate their own profession, result from procedures that suffice to make it the State’s own.”18  Therefore, the second Midcal requirement seeks to avoid potential harm by “requiring the State to review and approve interstitial policies made by the entity claiming immunity.”19

In this case, the Court held that the Board’s actions did not meet the standards of Midcal’s supervision requirement.  The cease-and-desist letters threatening criminal liability were not a use of the Board’s powers that would invoke oversight by a politically accountable official, and therefore those politically accountable State officials may have been unaware that the Board had decided that teeth whitening constitutes “the practice of dentistry.”  The Court found that there was no evidence of any decision by the State to concur with the Board’s actions against non-dentists.

The Court clarified that “active supervision” requires that the State supervisor, who may not be an active market participant, must provide “realistic assurance” that the conduct furthers State policy rather than the actor’s individual interests.  In particular, active supervision requires that: 1) the supervisor must review the substance of any anticompetitive decision, not merely the procedures followed to produce it; 2) the supervisor must have the power to veto or modify particular decisions to ensure they accord with state policy; and 3) the mere potential for state supervision is not an adequate substitute for a decision by the State.20

The dissent, authored by Justice Alito and joined by Justices Scalia and Thomas, argued that the Court’s holding established an unnecessary test, because the Board was a duly established state agency.  The dissent argued that an agency is subject to the Midcal test only when a court reviews the actions where a State authorizes private parties to engage in anticompetitive conduct, and the acts of those private parties can be regarded as the conduct of a State.  In this case, according to the dissent, the Board was established by the state, and was not a private party acting with the imprimatur of the State.  Therefore, because the Board’s actions were those of a state agency, empowered by North Carolina to regulate an industry affecting public health, it should have been subject to state-action immunity.  The dissent argues that states will need to change the composition of regulatory agencies such as medical boards, but that the extent of necessary changes is not clear due to uncertainty of what constitutes a “controlling number” of a state agency, or what constitutes an “active market participant.”21

Whether states will need to make significant changes to either the composition or oversight of state licensing agencies will likely depend on the particular makeup, statutory authority, and responsibilities of each state agency.  Those agencies with broad authority and avenues in which they can act, and which are composed of experts with ties to the particular industries that make up the agencies’ purviews, may need to ensure that their actions are subject to sufficient state oversight to avoid scrutiny under the antitrust laws.  Whether sufficient oversight includes any or all of legislative, executive, or judicial oversight may be the subject of future litigation. 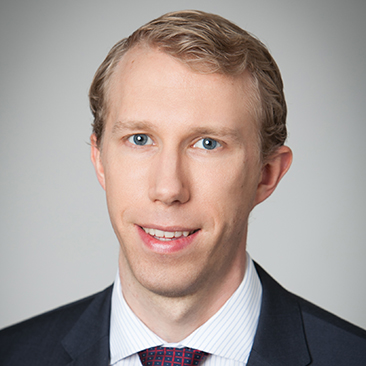