Employees of church-affiliated nonprofits are paying increasing attention to the well-publicized failures[1] of benefit plans operated by certain church-affiliated hospitals.  Many employees enrolled in such plans have lost pension and other benefits their employers promised to them over many years.  In response, employees of church-affiliated and similar employers throughout the country have filed lawsuits, arguing that the Employee Retirement and Income Security Act (“ERISA”) “church plan” exemption applies only to plans established by churches, and not to affiliated employers such as hospitals, other healthcare organizations and schools.  The Supreme Court, in Advocate Health Care Network v. Stapleton, 137 S. Ct. 1652 (2017), unanimously rejected that argument, and held that three church-affiliated nonprofits which operate hospitals and other healthcare facilities could use the “church plan” exemption even though the applicable plans were not “established” by a church.[2]

ERISA imposes numerous mandates upon employers who sponsor employee benefit plans, including requirements of governmental reporting, employee disclosure, minimum funding, fiduciary responsibility, and insurance.  Compliance with ERISA’s complex mandates and extensive funding requirements costs private employers billions of dollars each year.  Because of the expense of ERISA compliance, some church-affiliated employers seek to take advantage of the “church plan” exemption to relieve them of that burden.

In this article, we will review the debate in the lower courts regarding the scope of the exemption and whether it applies to plans established by church-affiliated entities, such as hospitals, healthcare organizations and schools.  Next, we will explain the Supreme Court’s holding in Advocate Health.  Finally, we will offer some suggestions for church-affiliated employers to navigate the legal terrain of the “church plan” exemption.

When originally enacted, ERISA exempted “church plan[s]” from its requirements.  29 U.S.C. § 1003(b)(2).  The law defined a “church plan” as “a plan established and maintained . . . for its employees . . . by a church . . .”  29 U.S.C. § 1002(33)(A).  However, this language generated some concern within the religious community that certain plans established and/or maintained by church-affiliated employers would not be covered.

In response, Congress amended ERISA in 1980 to address some of those concerns by expanding the definition of the plans covered by the “church plan” exemption.  Specifically, Congress enacted § 1002(33)(C)(i), which states that:

Virtually the entire debate centered on the proper interpretation of how these two provisions interact with one another.[3]

For more than thirty years, courts and administrative agencies interpreted the ERISA “church plan” exemption as applying to plans established by church-affiliated employers.  The IRS, DOL, and PBGC, as well as the overwhelming majority of district courts and certain circuit courts all appeared to agree.[4]

Starting in 2013, some district courts began to adopt a different interpretation.[5]  These courts focused on the language originally enacted in § 1002(33)(A), which defined a “church plan” as one that was “established and maintained . . . for its employees” by a church.  (emphasis added).  Both elements (i.e., establishment and maintenance) had to be satisfied under the original language in order for the exemption to apply.  These courts reasoned that the 1980 amendments expanded the definition of “church plans” only as it pertained to the maintenance requirement, but left the original establishment requirement in place.  That is to say, a “church plan” still needed to be established by a church, but the “church plan” could now be maintained either by a church or by a church-affiliated organization that has as its “principal purpose or function” the “administration or funding of a plan.”

The courts of appeals for the Third, Seventh, and Ninth Circuits all adopted this alternative interpretation,[6] and held that a church must establish the plan in question in order for the ERISA “church plan” exemption to apply.  On June 5, 2017, the Supreme Court issued its decision on defendants’ consolidated appeals in Advocate Health Care Network v. Stapleton, settling the plan establishment dispute.

The defendants in Advocate Health were non-profits that operated healthcare facilities and were associated with either the Roman Catholic Church, or the Evangelical Lutheran Church and United Church of Christ.  Each of the church-affiliated employers had established defined-benefit pension plans for their employees.  The plaintiffs were employees of those church-affiliated employers who alleged that the plans were being operated in a manner inconsistent with ERISA’s requirements.  They sought equitable relief to compel their employers to bring the plans into compliance with ERISA, monetary damages that were caused by the plans alleged non-compliance, as well as statutory penalties and fees.  The question before the Court was whether a church must have originally established a plan that would otherwise be governed by ERISA for the “church plan” exemption to apply.

Justice Kagan, who wrote for the unanimous Court, focused the opinion on the text of ERISA itself, and reasoned that the definition set forth in § 1002(33)(A) is the equivalent of the definition set forth in § 1002(33)(C)(i).  In essence, the Court held that a “church plan” means “a plan established and maintained by a church,” which is the same as “a plan maintained by a ‘principal-purpose organization.’”  Rejecting the rationale of the circuit courts, the Supreme Court held that (C)(i) did more than just expand the maintenance requirement, but instead, expanded both the establishment and maintenance requirements, and thus, the entirety of the “church plan” exemption.  Id. at 1658-59.

The Court reasoned that Congress easily could have enacted the interpretation advocated by the plaintiffs by simply omitting from § 1002(33)(C)(i) the phrase “established and,” such that it would have read:

This alternative language would modify the maintenance requirement but leave in place the establishment requirement.  The Court observed that Congress’ failure to adopt a simple alternative phrasing suggests that Congress intended a meaning different from the one advocated by the plaintiffs.  Id. at 1659.  Moreover, plaintiffs’ interpretation would have rendered the words “established and” purposeless, thereby violating the so-called surplusage canon, in which courts try to give effect to every word in a statute.  Id. at 1659.

Following Advocate Health, several questions remain unresolved.  For instance, the Court’s opinion specifically states that the Court did not decide the meaning of an organization “controlled by or associated with a church.”  The Court also did not define when an organization’s “principal purpose” is “the administration or funding of a plan.”  Id. at 1656-58, n. 1-3.  These issues may well be the subject of further litigation.

Church-affiliated employers who are considering whether or not to invoke the “church plan” exemption may want to consider the following: 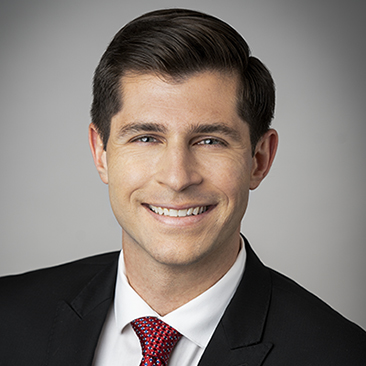